Anshula Kapoor is all set to sail the entrepreneurial boat with the launch of her new venture Fankind, an online fundraising platform, which unites celebrities, fans and charities. This unique platform gives fans a chance to experience a fun activity with their favourite celebrity, while supporting and fundraising for a charity. Experiences between celebrities and fans would range from playing paintball to baking to playing cricket, amongst others. GiveIndia, one of India's most trusted online donation platforms, has been roped in as the philanthropy partner to help ensure that the donations raised for each charity are put to the best use.

This first-of-its-kind initiative was born out of a humble observation of the immense love and admiration that Indians have for celebrities and influencers across categories like Bollywood, Sports, Business, YouTube and more! All that the fans have to do is buy entries for a price of Rs 300 (the majority of the proceeds will go to charity) and stand a chance to be the winner of the experience with the celebrity. The organization not only allows fans across the country to contribute for a noble cause and meet their favourite personality, but it also effectively donates 70% of the earnings to charity.

Fankind has already roped in big names like Varun Dhawan, Alia Bhatt, YouTube Sensation Prajakta Koli (aka mostlysane), Sonakshi Sinha to name a few. Influencers from the fashion and sports industry will also be joining the line-up soon.

Anshula has previously worked at Google India and has completed her graduation in BA - Urban Studies from Barnard College, Columbia University. She will be responsible for looking after the day to day processes, roping in influencers, working with different teams and operations at Fankind.

Excited about the launch of her new venture, Anshula Kapoor, Founder, Fankind said, "The vision of Fankind is simple; to make fans smile by giving them one of the best experiences of their lives, while raising money for multiple charities across the country. With each experience, our aim is to be able to raise the goal amount of funding required by the NGO, to ensure that the defined micro-campaign can be implemented comprehensively and successfully."

"At the same time, we want to be able to deliver magical memories to the fan and make their entire journey with the celebrity as special as possible. Currently, we are looking forward to working with more than 30 charities in the first year. It would be a big win for Fankind if we can take even a little bit of the pressure of fundraising away from the NGOs and help them better channelize their energy into doing good work and creating a positive change. The ultimate goal is to make people more open to the idea of philanthropy. In the colloquial sense, we make philanthropy cool."

As a philanthropy partner, GiveIndia will be responsible to create a transparent and ethical environment not only for the brand but for the fan and the NGOs as well. A key focus will be tracking updates from the NGO's at all points on a real-time basis with due diligence, along with ensuring that the funds are disbursed and are being used for the pre-defined purpose. GiveIndia will also be responsible for providing tax benefit certificates (80g) to the fans to certify that the individual is an active donor with Fankind.

Commenting on this association, Priyanka Prakash, Head of Marketing & Alliances, GiveIndia said, "The underlying philosophy of GiveIndia is to create an ecosystem of every day giving through everyday people. This partnership helps realise our vision and will act as a catalyst for people who want to give back to society. We strongly believe people want to give back and often don't know how to do so. GiveIndia strives to bridge that gap through Fankind's online platform that brings both convenience and choice together in a high-trust environment."

About GiveIndia: GiveIndia is a giving platform, that was established on April 28th, 2000, with the belief that equal opportunity is the cornerstone of civilization. It allows you to support a cause of your choice from the non-profits that have been evaluated for transparency and credibility. GiveIndia is India's largest and most trustworthy giving platform for donors. With contributions of over Rs. 3 billion made to 200+ vetted and trusted nonprofits and a giving community of 1M+ donors has impacted the lives of millions of people across 23 states in India.

Hi guys, we're Fankind! We're here to spread some smiles, have some fun and make some magic! How you ask? Let our founder, @anshulakapoor take it away! #Fankind #ComeJoinTheMagic 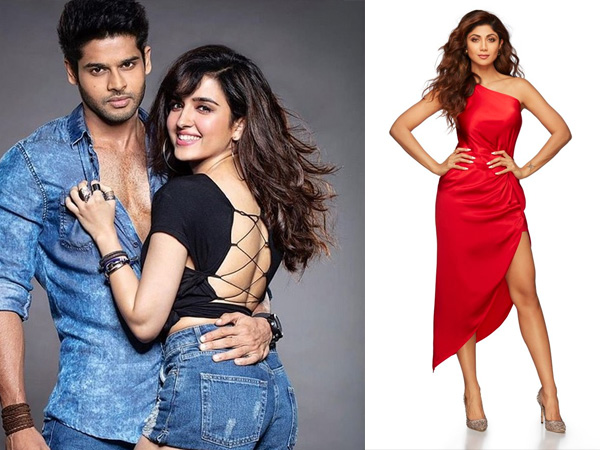