Director Anurag Kashyap is considered to be one of India's finest filmmakers. Kashyap attended the launch of Audible Suno, an audio show platform, in which he has directed 'Thriller factory'. 'Thriller Factory' revolves around crime-stories of the country's best pulp fiction.

The crime-stories episodes are voiced by Tabu, Nawazuddin Siddiqui and other Bollywood stars.

While speaking at the launch, Kashyap expressed his opinion about controversies surrounding movies. He stated that the movie 'Kabir Singh' represents more than 75 to 80 per cent of urban India. Anurag feels it is better to make people uncomfortable rather than staying politically right in cinema.

"The first thing is, it's up to you whether you want to take it on or not. If I disagree with something, if I don't consider cinema of a kind cinema at all, I can't say it cannot exist. I can't enforce that. We can all co-exist," Anurag Kashyap told PTI. (sic)

He added, "Like there were a lot of controversies around 'Kabir Singh'. Everybody can make any film and should make any film, should represent all kinds of people. 'Kabir Singh' does represent more than 75-80 per cent of urban India. Why not put it out? If I disagree with it, I won't see it. But sometimes it's necessary to see ourselves. Being politically correct all the time doesn't help. India as a country, for 75 years, has made films with positive messages, all love stories with happy endings. Where has it brought us? It is very important to make people uncomfortable sometimes."

Kashyap feels artists are always attracted to everything forbidden. "When you're told as a kid by your mother not to touch something, you go and touch exactly that. So the human curiosity, for actors and everyone, takes them to things which are forbidden. I'm forever attracted and in love with what is forbidden," he said.

Anurag is currently working on multiple projects such as 'Project 10', 'Choked' and 'Maximum City'. He is also awaiting the release of 'Ghost Stories', a horror-anthology in which Anurag has directed one of the four segments. 'Ghost Stories' will stream on Netflix from January 1, 2020. 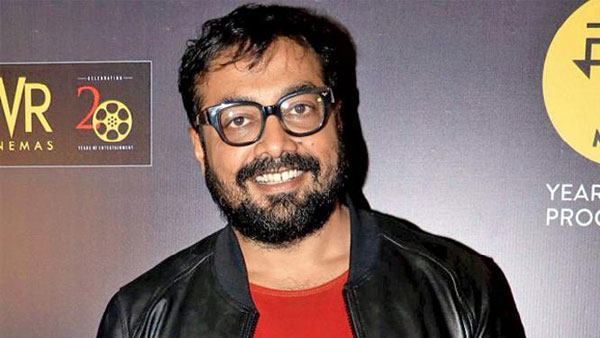 Anurag Kashyap Has Three Biggies In His Pocket After 'Ghost Stories'