Anushka Sharma and Virat Kohli were snapped returning to the Mumbai airport hand in hand. We also snapped Ranveer Singh sporting a snazzy airport look. Arjun Kapoor kept it casual for his travels today when he was snapped at the airport. Karishma Kapoor looked cool yet classy in her airport look when she was snapped today. Raveena Tandon smiled for the cameras wearing a beautiful black ensemble to the airport today. Check them all out in these pictures!

Anushka Sharma and Virat Kohli have been spotted together quite a few times at the airport off late, and it looks like the couple is sneaking in mini vacations in between both their hectic schedules. Today, Anushka and Virat were snapped returning hand in hand at the airport. They both twinned in black. While Anushka wore a black jumpsuit with a black zip up jacket and combat boots, Virat looked cool in a dark blue t-shirt, a black shirt over it and black ripped jeans. He sported white sneakers to go with his outfit.

Ranveer Singh was snapped at the airport early in the morning on Saturday. He proudly flaunted a dark grey Gully Boy hoodie, and grey camouflage pants, dark grey sneakers and a beanie. Ranveer is sure flying high these days (and he deserves to) with back to back success of all his movies, Padmaavat, Simmba, and now Gully Boy. The versatile actor is now prepping for his role of Kapil Dev in the biopic '83.

Arjun Kapoor too was snapped at the airport in the early hours of Saturday morning. Arjun kept it casual in a white Nasa t-shirt, black cargo pants, black sneakers, a snazzy pair of sunglasses, and a hat. Arjun will next be seen in the black comedy Sandeep Pinky Aur Faraar.

Karishma Kapoor looked classy yet casual at the airport when she was snapped today. She wore a white sweatshirt with black denims, and black ankle boots.

Raveena Tandon looked beautiful in a black ensemble at the airport today. She smiled for the cameras looking pretty in a minimal make up look. 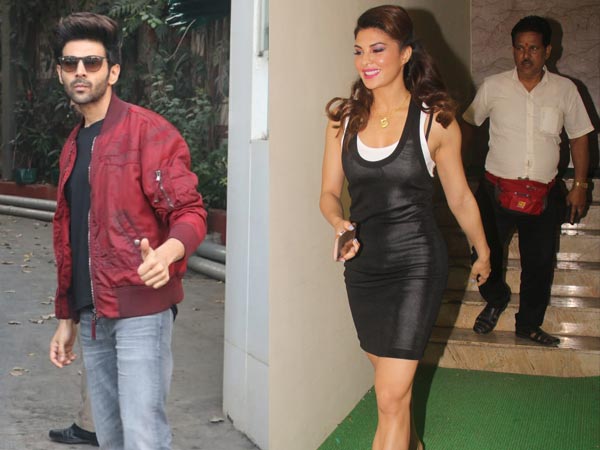