Ayushmann Khurrana is considered to be an upcoming Bollywood star with the most potential among the newcomers to the industry. His brother Aparshakti Khurana seems to be following in his stead. In a recent interview, Aparshakti spoke about competition with his brother, about doing a collaboration with him, and about the kind of roles he has done so far. Read on!

In an interview with IANS, Aparshakti Khurana was asked if there was any competition between him and his brother. To this he said, "Competition generally happens between two equals. In our case, Ayushmann and I are in different spaces of cinema. He has always been a front-runner. His films differ from mine, and so is our audience.

Aparshakti was all praise for Ayushmann and is looking forward to collaborating with him when the time comes.

"Ayushmann is a brilliant actor. He is doing a great job. We both really want to work together. Unfortunately, we have not got any script yet. We both are looking forward to collaborate on something special," he said.

Aparshakti is often seen to be playing the role of the hero's best friend. When asked if he felt like he was getting typecast into being offered only certain kinds of roles, he said, "Not at all. I feel there is a need for such characters in our films. The film does not solely work on a single hero. It takes proper teamwork and coordination to make a film hit. If filmmakers feel I am capable of such roles, there is nothing about being typecast. It all depends upon relevant roles and scripts."

He has been winning hearts ever since he debuted in Dangal and went on to do Stree last year. Aparshakti was last seen in the film Luka Chuppi alongside Kriti Sanon and Kartik Aaryan. His next big film is Remo D'Souza's dance film, Street Dancer 3, which stars Varun Dhawan and Shraddha Kapoor. 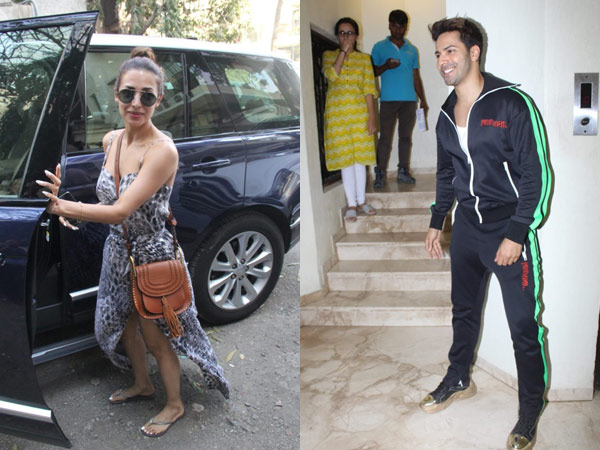 MOST READ: Malaika Arora Dressed For Summer In A Pretty Maxi Dress; Varun Dhawan Strikes A Pose For Cameras