Arbaaz Khan recently in an interview with Pinkvilla opened up about son Arhaan's custody. The actor went on to reveal the decision they made was touch but it was also necessary. He went on to reveal, Malaika winning Arhaan's custody seemed fair and he didn't want to fight for it. The two even after separation have always been part of each other's lives and have show love and respect. As parents, they have made some breakthroughs and are setting some new goals.

Talking Arhaan's future after separation with Malaika, Arbaaz said, "It's got to do about both of us as people. No matter what the differences we had which led us to take this step, which is a drastic step but a necessary step because it had come to a point where this was the only way to go about making this equation as okay as possible. And there was a child involved so for him too. I am there for him, obviously, she had the custody of my child and I felt it was fair-enough and I never wanted to even fight for the custody."

Arbaaz and his current partner Giorgia Andriani have a good relationship with each other. With Arhaan soon turning 18, they are going to leave the life decisions up to him. He added," I felt at that point in time, as a mother, when the child was much younger, I guess a mother's scenario at that point in time is of much use and so many things. But, now he is going to be 18, he will make up his mind where he wants to be, how he wants to be."

Arbaaz recently returned to the big screen with Salman Khan's Dabangg 3. He reprised his role from the franchise as Salman's brother Makkhanchand (Makkhi) Pandey. He will also be seen in Malayalam film, Big Brother alongside Mohanlal in a pivotal role. The film is set to release in January 2020. 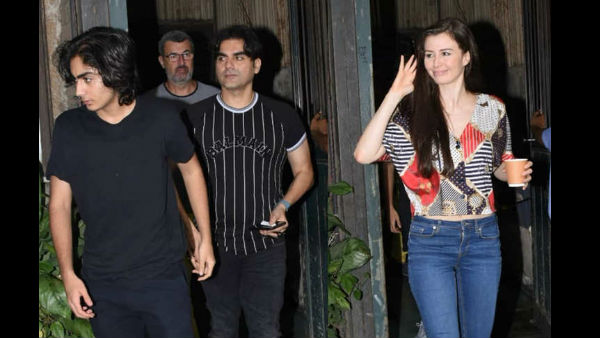