We often see celebrities getting inked for various reasons. Some for their professional commitments; others for their personal reasons. Arjun Kapoor too recently got himself inked for the second time. The tattoo in Latin was inked on him by Savio D'Silva, an illustrator and animator from JJ College of Art.

The 'Panipat' actor, later, took to his Instagram to flaunt his new tattoo and captioned the pictures as, "Per Ardua Ad Astra - From adversity to the stars. Finally got my second tattoo! Courtesy - @saviodsilvasfineartstudio." - (sic) He even shared a video where he is seen getting inked.

Check it out here.

The Meaning Of Arjun's New Tattoo

"Yes that's my second tattoo and it means : From adversity to the stars. I'd been wanting to get another tattoo for a long time.. This one took a while to figure because honestly it had to mean something very special.. And after a lot of back & forth and thinking and over thinking, I finally got this done!", read the caption on Arjun's video.

The Beauty Of Life Is To Be An Underdog, Says Arjun

He revealed, "It's a Latin saying that translates to ‘through adversity to the stars'! All our lives, all of us want to rise to the occasion when the time comes, but most people get pushed against a wall, with circumstances being against them. Things don't always fall in place. But eventually, the beauty of life is to be an underdog, rise to the occasion and be able to go beyond one's potential because you believe in yourself and believe in what you are capable of."

The Tattoo's Significance In Arjun's Life

Further speaking about what the tattoo means to him, the actor said, "I just feel it has to be a story to tell. I suffered a personal loss and have seen ups and downs despite that I continued to push through. When I started out in this industry when I wanted to be an actor and a lot of people told me don't because you are not capable, and here I am today seven years later. So, somewhere I feel from all the adversities I have managed to reach somewhere in life and that only comes from believing in yourself. This tattoo signifies my path to me."

Speaking about his first tattoo which is the word ‘Maa' inked in Hindi for his late mother, Mona Kapoor, Arjun said that his second tattoo feels ‘accurate, intimate and personal' for him.

Speaking about films, Arjun's next is Ashutosh Gowariker's period drama 'Panipat' which also stars Kriti Sanon and Sanjay Dutt. On the personal front, the actor is in a happy space and is reportedly dating Malaika Arora. 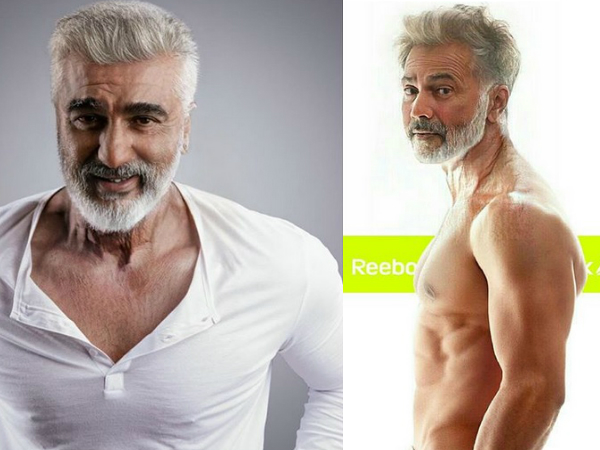