Off late, Arjun Kapoor and Malaika Arora have been painting the town red with their newfound romance. Right from going out on dinner dates, attending movie screenings to going on vacations, the lovebirds are no longer shying away from coming out in the open about their relationship.

Arjun and Malaika even happily pose for the shutterbug whenever they are spotted together at many places. Recently in an interview with Filmfare, Arjun spilled the beans about why he decided to no longer hide his relationship from the public.

The actor told the magazine, "We've come out because we feel the media has given us dignity. There's a certain understanding the media has... they've been respectful, kind, honest and decent about it. That is why I felt comfortable."

On Getting Papped Together

"You recoil when there's a certain "gandhagi" that comes with the territory. When purposely people irk you by saying, writing or asking things... there hasn't been any of that. Where the paps are concerned, we give them photos when walking in and out of a place. It is normal. We talk to them. There's a certain ease."

Arjun Kapoor & Malaika Arora Are Not Hiding Their Relationship

Arjun said that he didn't do the film chasing box office numbers. "Firstly, you have to understand that it's a sensitive film. We couldn't treat it like a regular Bollywood film by giving out too much information. Otherwise people wouldn't have taken it seriously," the actor was quoted as saying.

The Element Of Surprise

"This is not a summer blockbuster. Like Panipat's teaser we can put out and have a sword in it... so you know there's a big film coming. Some films also need to be put out with an element of surprise," he further added. 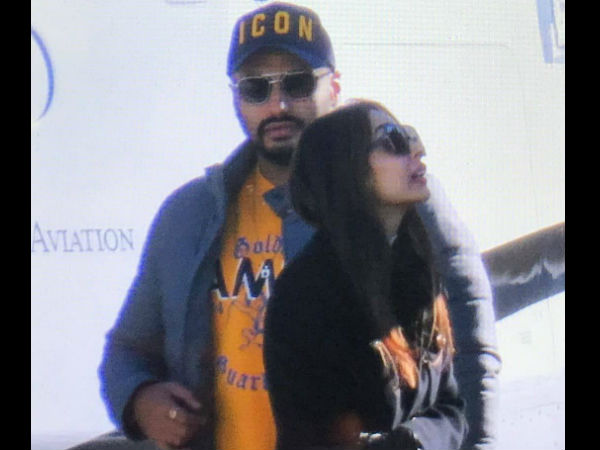 IT'S OFFICIAL? Malaika Arora: I Like Arjun Kapoor This Way Or That Way