Fans' curiosity about the life of a celebrity is a sure thing in show business. Probing into the lives of famous stars is almost a part and parcel of this profession. So celebs find themselves with a lack of privacy which some tend to not accept while others do.

The curiosity surrounding the relationship rumors of Bollywood celebs Arjun Kapoor and Malaika Arora has definitely piqued the interests of their fans. Fans are curious to know everything about the celebs right from where they went for their dinner dates to when they will get married. When Arjun Kapoor was asked about this media frenzy surrounding his personal life, this is what he had to say.

In an interview with IANS, Arjun was asked if he is bothered by the fact that he is constantly under watch, to which he said, "Not really... It is a very small price to pay. At the end of the day, for what I have gained out of being an actor, somebody who is known across the country and the world, it's a small price. And people like to know how we are. They like to be surprised how normal we are, they like to know our idiosyncrasies. It doesn't really bother me."

"If anyone says 'mujhe meri privacy chahiye (I want my privacy)' then you are in the wrong profession. Because you sell that the day you become recognisable," he added.

He said that there is also a choice for celebs to decide how much of themselves they want to put out there. "It's your choice how much you put out there or yourself and your availability. Today you have a lot of control over as to how much you want people to know about your life. Speculation and gossip is a part of it. I am not the first actor or the last. Our entire tribe is immune to it... Because it is the nature of the business," he said.

Regarding the wedding rumors surrounding him and Malaika, he said, "When there is something to talk about, you will all know." 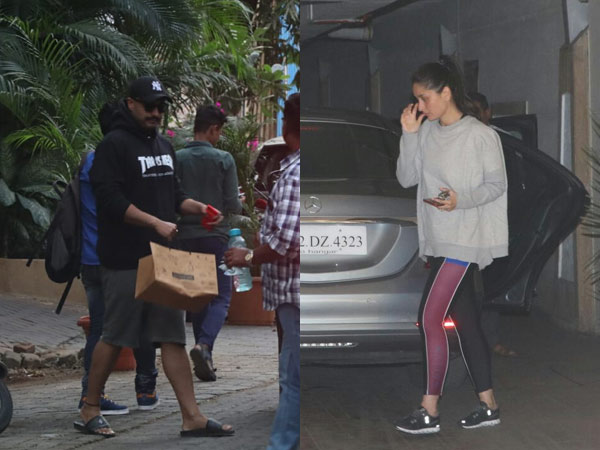