Arjun Kapoor is all kicked about his next release - Ashutosh Gowariker's Panipat. The day, its trailer was launched, Arjun was compared to Ranveer Singh and the film's trailer reminded netizens of Sanjay Leela Bhansali's Bajirao Mastani. Hence, comparisons were meant to happen! Unfortunately, many netizens started trolling the Kapoor lad while comparing his acting chops with Ranveer and many memes w.r.t. that comparison landed on social media.

In his recent tête-à-tête with a media portal, Arjun was all praises for his Gunday co-star Ranveer and revealed that he keeps teasing Deepika Padukone by calling himself her 'souten' (the other woman).

Arjun said, "He still gatecrashes my dubbing, sends long voice messages after watching my songs and kisses me on the cheeks. Our connection remains unaffected. I tell Deepika that I am her souten. We have been consistently warm."

In the same interview, Arjun also revealed why he didn't seek any advice from Ranveer while playing Sadashiv Rao in Panipat. For the unversed, Sadashivrao Bhau was the nephew of Bajirao Peshwa. 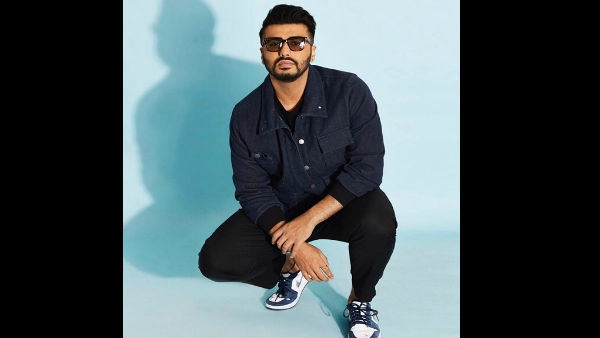 Arjun Kapoor Is Desperate For Credibility, Not Box Office Numbers!

Arjun said, "Ashu sir and Sanjay sir [Leela Bhansali] make magnum opuses, but they have different temperaments. Here, I respected my director's temperament. I wanted to remain loyal to my story. Ranveer would halve given me his point of view [that would be derived from] Sanjay sir's understanding. I have tremendous respect for Ranveer's work. But this film didn't require me [to seek his advice] because Bajirao and Sadashiv are from different eras."

Panipat also casts Kriti Sanon and Sanjay Dutt in the lead roles and is slated to hit the theatres on December 6, 2019.