Soon after the Central Government decided to revoke Article 370 and Article 35A, many filmmakers are rushing to register titles related to the Kashmir issue. Articles 370 and 35A granted special privileges to the state of Jammu & Kashmir due to its vulnerable situation when India got Independence in 1947. This snap decision by the Modi government is being seen as a historic one, so filmmakers feel that this is an important story which needs to be told through the medium of films.

According to a report in Mumbai Mirror, over 50 titles related to the Kashmir issue have been registered at Hindi film bodies such as Producers Guild of India, Indian Film TV Producers Council (IFTPC), and Indian Motion Pictures Producers Association (IMPPA). Probably inspired by Ayushmann Khurrana's recent film, Article 15, filmmakers have registered titles such as Article 370 and Article 35A. Other titles which filmmakers have put official dibs on are, Kashmir Hamara Hai, Dhara 370, Kashmir Mein Tiranga, Article 370 Scrapped, and so on.

A source told Mumbai Mirror, "Taking a cue from the success of (Anubhav Sinha's recently released Ayushmann Khurrana starrer) Article 15, the titles Article 370' and Article 35A' are the first choice of most filmmakers. The associations have received at least 25-30 applications for them," adding, "Some of them are keen to seek permission at the earliest to make a film on the event so that they can proceed with the research, cast and get other logistics in place."

Political events are increasingly becoming topics of interest for filmmakers. Success of films with nationalistic ring such as Raazi, Uri: The Surgical Strike, and Kesari, have filmmakers looking towards these themes. Even when the Pulwama attacks happened this February, many vied to register titles such as The Deadly Attack, War Room, Hindustan Hamara Hai, The Attacks On Pulwama, and so on. 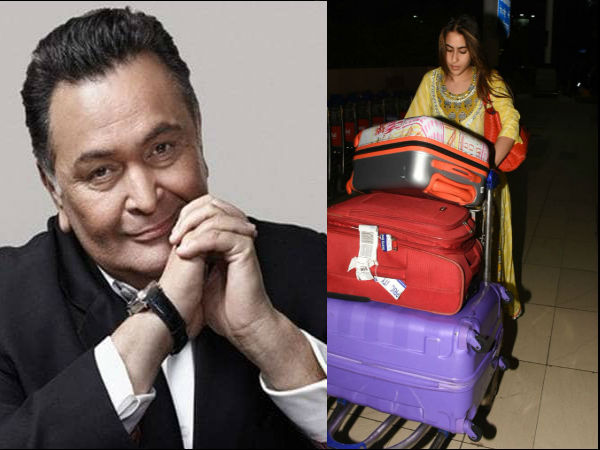 MOST READ:Rishi Kapoor Showers Praise On Sara Ali Khan For Carrying Her Own Luggage At Airport!