When Ayushmann Khurrana's wife Tahira Kashyap was diagnosed with stage 0 breast cancer last year, it wasn't an easy phase for the couple. But with determination as hard as steel, the star wife fought the battle, embraced the scars as 'badges of honour' and set a perfect example for those who are fighting the Big C.

In her latest interview with Mid-Day, Tahira spoke about the importance of mental health and also recalled the tough phase that she underwent a few years ago.

Tahira Opens Up On The Tough Phase In Her Life

Tahira told the tabloid, "I never treated my body, mind and soul as one entity. I always thought physical health was important, and mental toh kuch hota hi nahin hai. So, I exercised a lot. But I think [the cancer] was a manifestation of the negativity that I had been harbouring."

Tahira On Leading A Double Life

"Had I gone to a doctor, I would have been declared clinically depressed. But I chose to cry every night instead of visiting one. I was living a dual life. My husband was shooting; I would spend hours at night crying, and put up the front of a happy person in the morning so that I didn't look like a loser before my children, who were aged two and four then."

Here's What Came To Tahira's Rescue!

"It was only after I practised Buddhist chanting, and focused on my mental health that things changed. In a way, I'm glad that [I was diagnosed with cancer] at a time when I was strong enough to deal with it," Tahira further told the daily.

Tahira underwent a preventive double mastectomy last year but was diagnosed with early stage breast cancer later. After undergoing treatment, she is now on her way to recovery.

Speaking about it, she told Mid-Day, "I've been on a high dose of thyroid medication since college. I recall, following my diagnosis, the doctor told me to not tell anyone about my condition since it would hamper my chances of getting married. As soon as I was out, I told Ayushmann. He said, 'Okay, we'll deal with it, but what is it, anyway?" 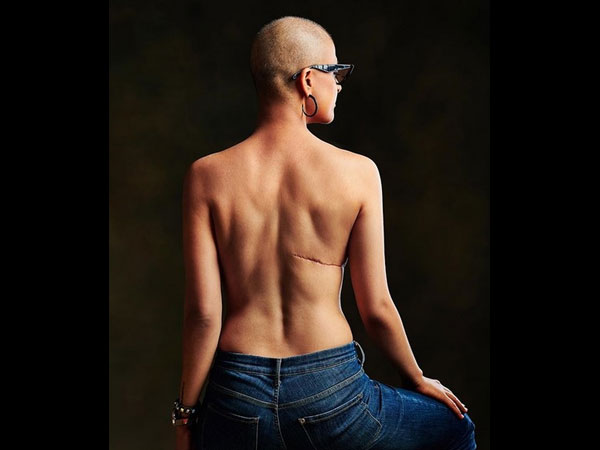