Many Bollywood celebrities took to their social media profiles to wish their fans on the occasion of India's 73rd Independence Day today. The Hindi film industry has given us a number of films which evoke a sense of patriotism in every citizen - Rang De Basanti, Swades, Chak De India, Mangal Pandey, Border, and Lagaan to name a few. Read further to see the wishes celebs such as Varun Dhawan, Sidharth Malhotra, Shilpa Shetty, Ajay Devgn, Karan Johar and others sent today.

Varun Dhawan Sends Out An Important Message On Independence Day

Varun Dhawan took to his Instagram and posted a picture of himself waving the national flag. He captioned his post -"Wishing everybody a very happy #IndependenceDay 🇮🇳To all my brothers and sisters all across our beautiful country we are the largest democracy in the world where so many beautiful religions live In harmony let's show the world ‘mile sur mera tumhara toh sur bane humara' #jaihind" (sic)

Sidharth Dedicates His Wishes To Our Soldiers

Sidharth Malhotra , who is shooting for ‘Shershaah', a film on Kargil War martyr, Vikram Batra, dedicated his Independence Day wish to all our soldiers out there - "Either I will come back hoisting the flag, or I will come wrapped in it" - #Shershaah

Shipa Shetty posted a picture of herself donning a beautiful green and saffron saree. She wrote, "1.3 billion hearts, 1 emotion = "INDIA".

From one PROUD INDIAN, wishing you all Happy Independence Day!

Vicky Takes To The Streets With Our National Flag

Vicky Kaushal also took to the streets in his patriotic fervor to wave the national flag. He posted a picture of that and wrote, "सबसे प्यारा गुलिस्ताँ हमारा है... #HappyIndependenceDay" (sic)

Anupam Kher sent out a video message to people, captioning it, "Happy Independence Day to my fellow Indians all over the world. Ours is one of the greatest nations in the world. Let us stay united and take our country to greater heights. #HappyIndependenceDay" (sic)

Ajay Devgn took to his Twitter and wrote, "As we step into the 73rd year of Independence, here's saluting India's brave hearts who won us our freedom. जय हिंद। #स्वतंत्रतादिवस" (sic)

As we step into the 73rd year of Independence, here’s saluting India’s brave hearts who won us our freedom. जय हिंद। #स्वतंत्रतादिवस 🇮🇳

Filmmaker Karan Johar also tweeted, "We salute and applaud the brave men and women who fought valiantly for our independence....we celebrate a country with the largest heart....JAI HIND #HappyIndependenceDayIndia" (sic)

We salute and applaud the brave men and women who fought valiantly for our independence....we celebrate a country with the largest heart....JAI HIND #HappyIndependenceDayIndia pic.twitter.com/Cc4kZgQb3D 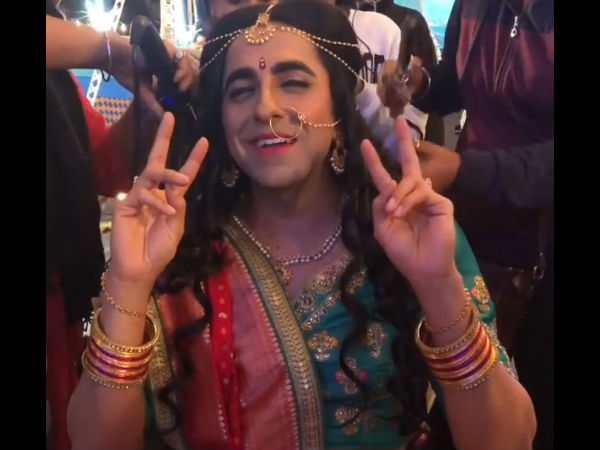