Make way for a brand new track from Bharat. After the groovy 'Slow Motion' and the romantic 'Chashni' song, the makers have now dropped a new song titled 'Aithey Aa' featuring Salman Khan and Katrina Kaif.

Soon, we see the beautiful actress teasing the superstar with her flirty thumkas as she tries to impress him. We even get to watch her seduce Salman with a rose, pout with him and jump into his arms, stunning everybody around them. Salman took to his Twitter handle to share the video link of the track and wrote, "Shaadi waala Desi gaana for this electronic zamana #AitheyAaSong OUT NOW."

Aithey Aa has been composed by Vishal-Shekhar with vocals by Akasa Singh, Neeti Mohan and Kamaal Khan.

Speaking about the song, director Ali Abbas Zafar earlier told Mumbai Mirror, "Usually, in such a set-up in Hindi films, you see the boy teasing the girl, but because Katrina's character (Kumud, also known as Madam Sir) here is as strong as Salman's (the titular Bharat), the whole song was written from the point of view of women teasing the men."

Describing the feel of the song, he further added, "Just imagine, if Didi Tera Devar Deewana was reversed with Madhuri (Dixit) and Salman switching places... that's what our song is. The brief was to create a peppy dance number with the entire family shaking a leg." 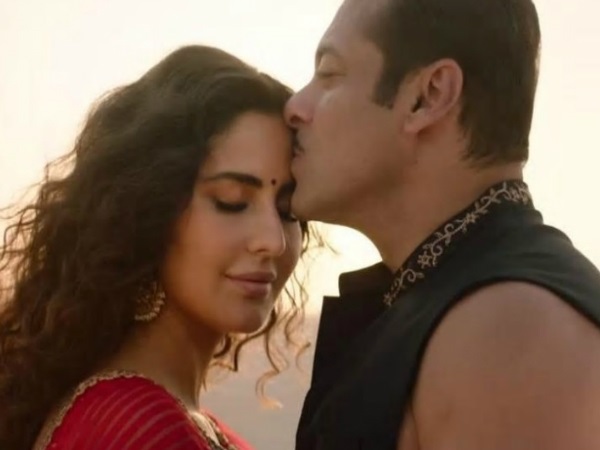 Katrina Kaif Reveals Why Bharat Is A Very Special Film To Her!