Everyone can agree that the Bollywood film fraternity has gone through a slow but much called for evolution in terms of the content being produced. Once when the industry ran almost entirely on the star formula, is now focusing on content and actors are too encouraging this change. Bhumi Pednekar, one such actor who is very promising for the film industry, had some things to say about how Bollywood is on the brink of positive change and the good times for the industry has begun. Read on!

As reported by BollywoodLife, Bhumi Pednekar had this to say when asked about working during the era of good content in Bollywood. "I think like any other fraternity, we have also gone through an evolution and I feel good content is the only way cinema should happen. By good content, I mean the films have to be entertaining too and they must be loved by people. It has to be new and unique for audience. Not the same old story that is told in a different form and there has to be something new age and refreshing about the story and theme and I'm glad in the last couple of years the era of good content has started," she said.

Bhumi further added, "With the reach of OTT platforms so wide now, we know that we have to push the boundaries with our films because that is the only way we will get people into theatres. Today is I feel there has been a switch in power, earlier actors had a lot of power in their hands and now it has gone in the hands of the directors and writers and that is how it should be. They are the visionaries and we are the doers. I am very happy that my films have been a part of this change and really hope that everything in the future also adds onto it because we have to give good meaningful cinema to the world." 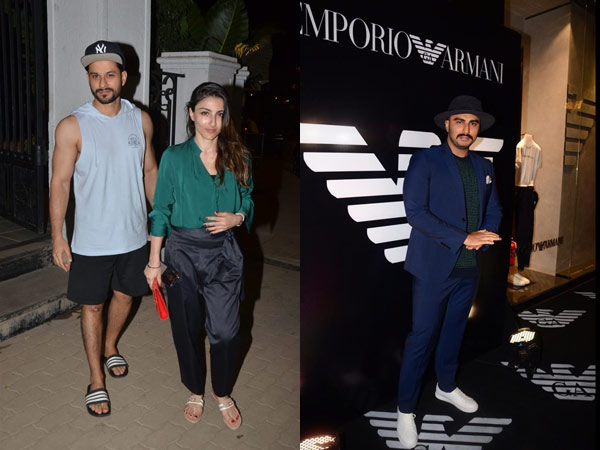 MOST READ: Soha Ali Khan & Kunal Khemu Snapped On A Dinner Date; Arjun Kapoor Attends An Event In The City