It's not unusual for married actresses to have people guessing about their pregnancy until they come forward and break such a piece of news. Seems to be the case with Bipasha Basu as well. Her pictures at producer Ramesh Taurani's Diwali bash seems to have sparked pregnancy rumours as she seems to be sporting a tiny bump or at least the netizens say so.

Soon, netizens started guessing and posting comments like, 'Is she pregnant? 'I'm so happy for them' and the like. Bipasha is married to actor Karan Singh Grover and her last appearance was Alone (2015), which starred the two of them together. Not much is known about what the actress does professionally these days though knowing her, we are sure she might come up with a big announcement anytime soon.

Earlier, addressing such rumours, hubby Karan had said, "I don't react to it anymore because if she is pregnant, then I would be the first person to know. But I think, what is happening these days is that everyone is running on speculations ke ab kya hai they love each other then it's been so much time together. How much can you say about that?" (sic)

Meanwhile, Karan on the work front, just exited Kasautii Zindagii Kay and has a couple of web series and film projects in hand.

So, what do you think of the netizens gut-feeling? Do you feel they are right or think they shouldn't pry too much into celebrities' lives and wait for an official announcement to come by? Let us know in the comments below. 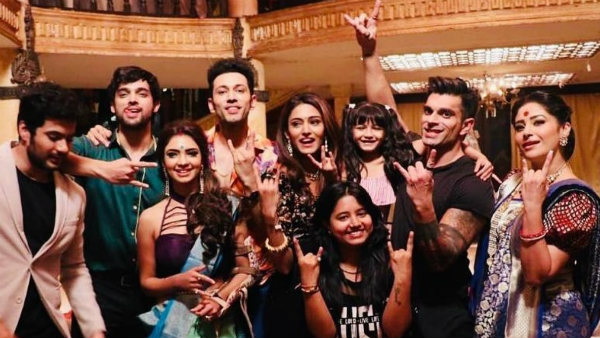