After a long wait, Dimple Kapadia's nephew and Twinkle Khanna's cousin Karan Kapadia is all set to make his Bollywood debut with Behzad Khambata's upcoming film 'Blank' which also stars Sunny Deol. For those who ain't aware, Karan is the son of late actress Simple Kapadia who starred in films like 'Anurodh', 'Jeevan Dhara' and others.

This afternoon, the makers unveiled the official trailer of the film. Dimple's son-in-law, actor Akshay Kumar took to his Twitter handle to share the trailer link and wrote, "Have watched him grow up from a lanky little kid to this fine young man. Extremely happy to share the #BlankTrailer introducing @KapadiaKaran! @iamsunnydeol @behzu @carnivalpicturs @TonyDsouza_"

Have a look at the trailer here.

The video begins with Sunny Deol's voice saying, "Terrorism ka koi chehra nahi hota, uska dharam sirf paisa hota hai. Aur humara, duty." Minutes into the trailer and we realize that the actor plays an intelligence officer who is out to nab a terrorist group after arresting a suicide bomber (played by Karan Kapadia) working for it.

The catch is Karan's character has lost his memory and has a bomb attached to his chest. The rest of the plot revolves around how Sunny manages to nab the terror outfit.

High on action and thrills, Black also stars Ishita Dutta and is slated to hit the theatrical screens on May 3. 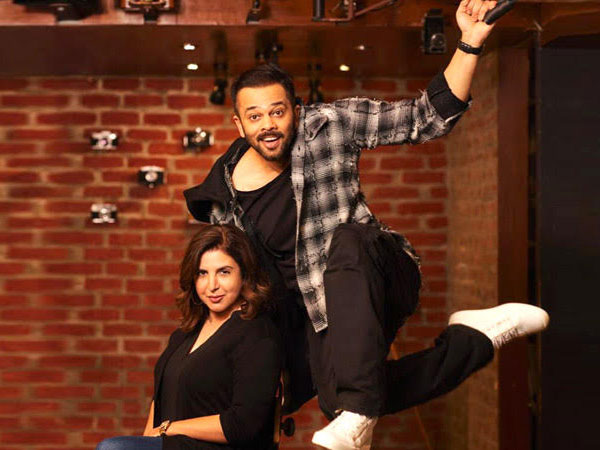 Rohit Shetty-Farah Khan's Upcoming Action-Comedy To Be A Remake Of This Popular Bollywood Film?