Several Bollywood celebrities including Amitabh Bachchan, Sanjay Dutt, Riteish Deshmukh and Madhur Bhandakar, Sunday expressed grief over demise of Goa Chief Minister Manohar Parrikar. Parrikar, 63, died at his private residence near here on Sunday. He was suffering from pancreatic cancer since February 2018. However, officially he was described to be suffering from a pancreatic ailment.

Sanjay Dutt tweeted, "Sad to hear about the loss of one of our finest leaders, #ManoharParrikar ji. May he rest in peace. My prayers are with the grieving family & friends".

Actor Randeep Hooda, who had met Parrikar at the launch of a movie, described him as a man of few words. "Man of few words, simple, epitome of integrity & efficiency, straight shooter, defence minister, 3 time chief minister of Goa, away from the trappings of a person in power, IITian, well mannered, a true servant of the nation, an example to follow for one and all.. Salute #ManoharParrikar," Randeep described Parrikar in his message on twitter.

Riteish Deshmukh tweeted, "Deeply saddened by the passing away of Shri #ManoharParrikar ji ... one of the tallest leaders of India. Condolences to the family & loved ones."

Veteran actor Anupam Kher posted a picture of him alongside Parrikar and wrote, "Deeply deeply saddened to know about the untimely demise of Shri #ManoharParrikar ji".

"He was one of the most real, dignified, intelligent, warm, down-to-earth & honest person I had met. He had a great quality of inspiring people so effortlessly. Will miss him. Om Shanti". 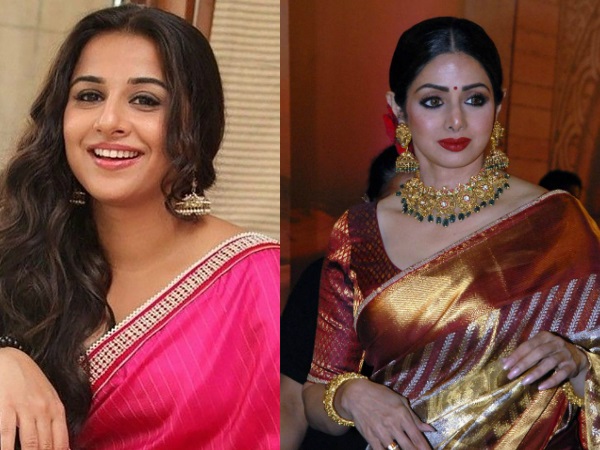 Vidya On If She Would Star In A Biopic On Sridevi: 'It Would Require A Lot Of Guts'

South actor Siddharth also expressed grief over the development. "ManoharParrikar lost his battle to cancer but in his last days set a fine example of working against all odds. He will be a tough act to follow. Rest in peace sir," he tweeted.

Praising the late chief minister, comedian-actor Vir Das tweeted, "ManoharParrikar always came across as one of the more level headed and decent politicians in the country. Rest in Peace sir."