Ranbir Kapoor and Alia Bhatt will be sharing screen space for the first time in Ayan Mukerji's fantasy adventure trilogy 'Brahmastra'. The film has been making the right amount of noise ever since the makers dropped the official logo of the film.

Director Ayan who recently joined the Instagram universe has been regularly sharing few sneak-peek and behind-the-scenes pictures from the sets of 'Brahmastra' leaving us more curious about the movie.

In the BTS picture shared by Ayan, a vest-clad Ranbir has a glowing orb in front of him.

The Journey From Rumi To Shiva

Before this, Ayan had shared a picture of Ranbir from one of his early look tests when his character in the film was called Rumi.

Sharing this picture, the director had written, "First, he was Rumi. Rumi with long hair. This image is from an early look test for the movie. Rumi said, ‘Love is the bridge between you and everything...', and that feeling is the foundation we started building the protagonist of this movie on... But then, there was new inspiration, newer thoughts... Dragon became Brahmāstra, we gave Ranbir a haircut, and Rumi became... Shiva."

A Supernatural Fairytale At Heart

Ranbir had called Brahmastra a "supernatural fairytale at heart." He was quoted as saying, "It is actually a supernatural romantic fairy tale at heart. Ayan (film's director Ayan Mukerji) will never make a character that doesn't have truth to it, or which is unbelievable. It's too early to talk about the film, but it is something I am terribly excited about."

The Reason Why The Film Is Called Brahmastra

Speaking about the film, Ayan too had opened up, "It's a modern-day film set in India as it exists today. But the reason it's called Brahmastra is because the energies, wisdom, powers in the film come from ancient India. That's all I would say. There are some costumes, may be not the way you'd expect them to be."

Brahmastra stars Ranbir Kapoor, Alia Bhatt, Amitabh Bachchan and Mouni Roy. There's also a special cameo by Nagarjuna. The first part of the trilogy is slated to release on Christmas 2019. 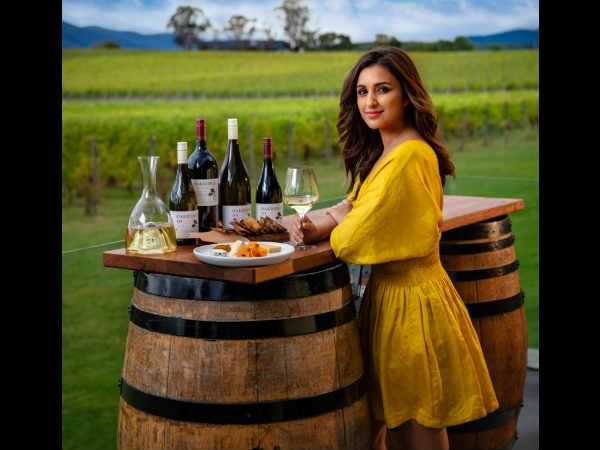 Is Parineeti Chopra Planning To Tie The Knot After Priyanka Chopra? The Actress Opens Up!