It looks like Bollywood just can't get over the latest fad of recreating iconic Bollywood songs. The latest one is the first song from Neil Nitin Mukesh's upcoming thriller, 'Bypass Road'. The makers have recreated Anil Kapoor-Madhuri Dixit's iconic song, 'So Gaya Yeh Jahan' for the film.

Sung by Jubin Nautiyal and Saloni Thakkar, the song has additional vocals by Neil Nitin Mukesh and is composed by Raaj Aashoo with lyrics by Shabbir Ahmed. Neil took to his Twitter page to share the song and captioned it as, "It's time to get your mysterious side out and groove to the thrill track of the year!#SoGayaYehJahan out now." (sic).

While the original song from 'Tezaab' was a slow number picturized on Anil Kapoor and Madhuri Dixit in a moving van, Neil's version takes place in a pub. The video opens with Neil being smitten by Adah Sharma after spotting her with a few friends in a club. Soon, the two hit the dance floor and groove to the iconic number. Interestingly, the original track from 'Tezaab' was sung by Neil's father Nitin Mukesh. 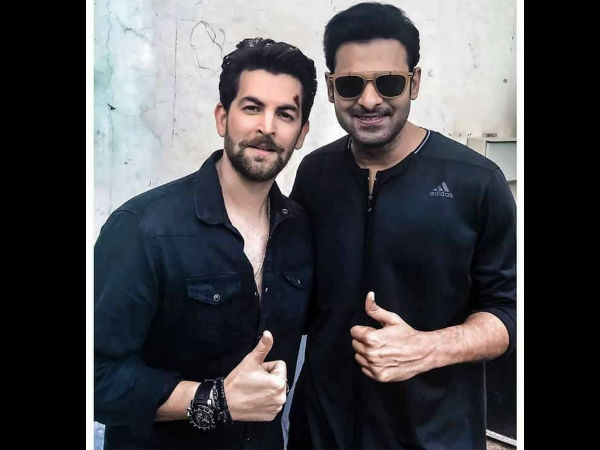 Neil Nitin Mukesh Was Nervous To Face The Camera Because Of Prabhas!