The much awaited period drama, Kalank's teaser just dropped and everyone is floored by the epic movie which we are just too excited to catch on the big screen. Kalank is a Karan Johar production having a big star cast of Madhuri Dixit, Varun Dhawan, Alia Bhatt, Sonakshi Sinha, Aditya Roy Kapur and Sanjay Dutt. It is set in the 1940s, and the teaser left us with nostalgic feels for that era. Even Bollywood celebrities such as Shah Rukh Khan, Abhishek Bachchan, Akshay Kumar,Bhumi Pednekar, Sidharth Malhotra, Anil Kapoor and others tweeted about how they were wowed after watching the teaser of Kalank. Read up!

Sidharth Malhotra Tweeted This About Kalank

Alia Bhatt's ex boyfriend Sidharth Malhotra took to Twitter and wrote, "Wow superb guys ! Looking spectacular #KalankTeasar". Varun Dhawan, who made his debut with Sidharth in Student Of The Year, replied with a tweet, "Thank u Sid apko salaam."

SRK Was Intrigued By Kalank's Teaser

The Badshah of Bollywood, Shah Rukh Khan was all praise for Kalank. He wrote on his Twitter, "The Kalank teaser is just fab... what visuals ... very intriguing... All the best @abhivarman @karanjohar @MadhuriDixit @duttsanjay @aliaa08 @sonakshisinha @Varun_dvn #AdityaRoyKapur ..."

Abhishek Bachchan thinks Kalank is going to be huge and he wished the team good luck. "This is immense. Good luck all."

Riteish Deshmukh Is Too Excited

Riteish Deshmukh was too excited with the teaser of Kalank and he wrote, "Outtttttstandinggggggg!!!!! #Kalank #Teaser #EPIC- I don't need to watch the trailer .... Is there a way I can pre book my ticket NOW!!!!!"

This Is What Bhumi Wrote

Alia Bhatt's father Mahesh Bhatt loved the teaser of Kalank. He wrote, "Ahhhh now this is what an EPIC is. Loved it!"

Akshay Kumar Is Looking Forward To The Movie

Kalank is scheduled to hit the theatres on April 19th. 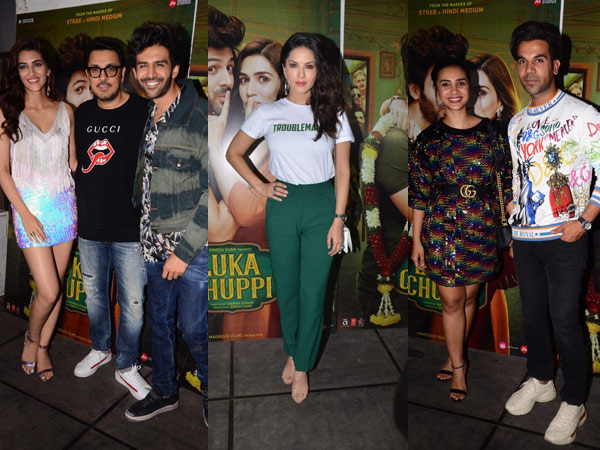