When Parth Samthaan Revealed He Is Straight & Hoping To Find A Girlfriend!
View Sample
For Quick Alerts
ALLOW NOTIFICATIONS
For Daily Alerts
Videos

Vidyut Jammwal, the action hero is back with the next instalment of the Commando franchise, Commando 3. Recently, the makers released the introduction scene of Vidyut from the movie. The 5-minute-long introduction scene video has already taken social media by storm. The Commando 3 actor has simply excelled in his entry (fight) sequence.

Vipul Amritlal Shah, the producer of Commando 3 stated that it is a bold step and a big gamble. According to Shah, innovation is the key to reach out to the audiences, today. The team has decided to take a bold step by putting out a 5-minute-long clip from the movie, as it is. Even though it is a big gamble, the producer and his team believe that the audiences will be compelled to see the film after watching the clip.

Commando, the first instalment of the series dealt with a love story, while Commando 2, the second instalment was about the protagonist's mission to expose the black money racket in India. As per the latest reports, the third instalment of the Vidyut Jammwal starrer is all about bringing the nation together to fight against terrorism. Commando 3 is directed by Aditya Dutt.

From the introduction video of Vidyut Jammwal, it is totally evident that the movie will be a complete treat for the audiences, who love the action genre. Commando 3 features Adah Sharma as the female lead. Angira Dhar, Gulshan Devaiah, Rajesh Tailang, Vicky Kadian, Abhilash Chaudhary, Sumeeth Thakur and others essay the supporting roles in the project.

Commando 3 is penned by Darius Yarmil and Junaid Wasi. Mark Hamilton is the director of photography. The songs are composed by Mannan Shah and Vikram Montrose. Saurab Bhalerao composes the background score. Sandeep Kurup handles the editing. The Vidyut Jammwal starrer, which is jointly produced by Motion Picture Capital and Reliance Entertainment, will hit the theatres on November 29, Friday. 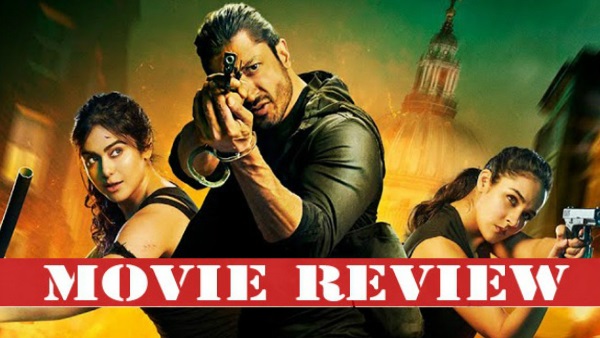