After taking on Chhedi Lal (Sonu Sood) and Bachcha Singh (Prakash Raj) in 'Dabangg' and 'Dabangg 2', Salman Khan's Chulbul Pandey is all set to lock horns with his nemesis 'Bali' in 'Dabangg 3'. The role of Balli will be played by none other than Kannada superstar, Kiccha Sudeep.

Check out the poster here.

The poster features Kiccha donning a suit with the background up in flames. However, what is fierier and more intense than the flames is the look on his face. Going by the poster, it sure looks like that Balli - Chulbul faceoff is going to be nothing short of epic and promises a mega action entertainer.

Speaking about working with Salman, the Kannada star earlier shared with Pinkvilla, "When I went to the sets, I requested Prabhu sir the first day to not give me so many lines (in Hindi). I was used to seeing a Salman Khan film from a distance, now suddenly, working with him, I did not know what these people were expecting off me. Prabhu Deva was very sweet to cancel the shoot and Arbaaz asked me to take my time. Salman Sir joined after three days, after that, the problem was not with him, it was with me. I was thinking too much. I want to tell you he is a very different person than what is perceived of him. He is a man with a golden heart. Once he accepts you as a brother, he is very loyal." (sic)

The film is produced by Salma Khan, Arbaaz Khan and Nikhil Dwivedi under the banner of Salman Khan Films and is slated to release on December 20, 2019. The film will also be Salman's first ever to release in multiple languages. 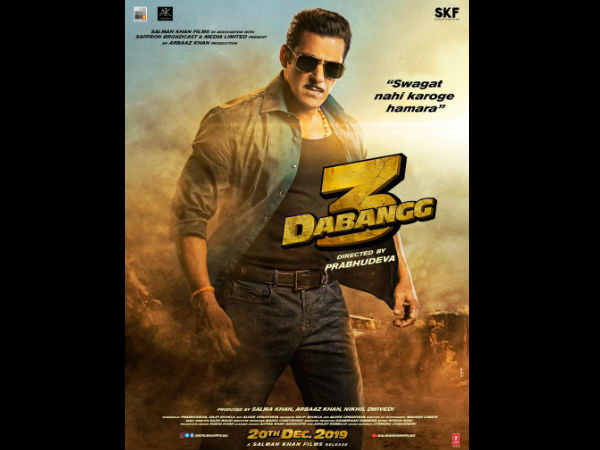