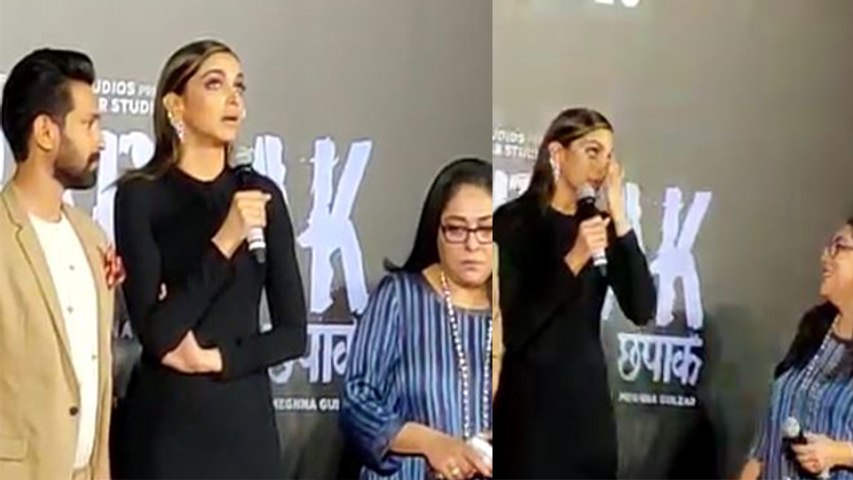 The much-awaited trailer of Deepika Padukone's 'Chhapaak' finally released online today and as expected, the first glimpse of the actress as Malti, an acid-attack survivor has already received a thumbs up from the audience.

While Deepika has already spoken about the film being special to her in her previous interviews, the 'Padmaavat' star had an emotional moment at the trailer launch event in Mumbai. While speaking about the movie, the actress couldn't hold back her tears and broke down. She said, "This will be my most special film. I'm lost for words."

Revealing why she chose this film, the actress said, "People need to treat survivors well. You shouldn't call them scary or disabled. That is the whole point of telling the story."

When asked about Laxmi Aggarwal's reaction on whom the film is based on, Deepika revealed, "Lakshmi had come and she looked at me and felt she was looking at herself."

Speaking about the film, director Meghna Gulzar said, "This film is relevant in today's times given the situation of women in the country right now. I'm happy that Deepika Padukone has given her face for Malti and completely let Malti take over her."

Post the trailer launch, Deepika took to her Instagram page to share the trailer and wrote,"Rarely do you come across a story where you do not need an entire narration to decide if you want to be a part of a film or not.What is even more rare is to not be able to articulate and put into words what you feel for the film and it's journey...Chhapaak is all of that and more for me..." (sic)

Apart from starring in it, Deepika Padukone is also debuting as a producer with this Meghna Gulzar directorial. The film also stars Vikrant Massey and is slated to hit the big screens on January 10, 2020. 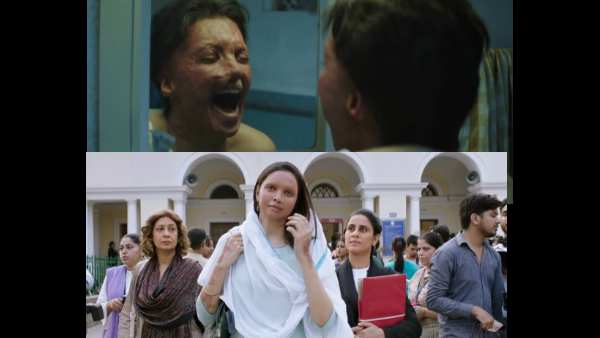 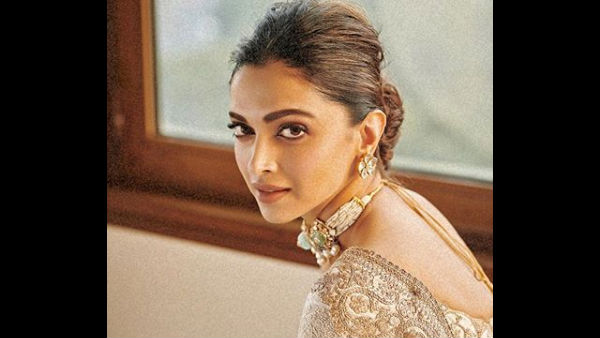 Deepika Padukone Cannot Say Yes To A Film If It Doesn't Challenge Her: 'I Have To Feel Butterflies