After delivering one of the best performances of her career with Padmaavat, Deepika Padukone is putting her best efforts to woo fans and audiences with another emotionally high strung performance in her next film, Chhapaak. Deepika will be starring as an acid attack victim survivor in Meghna Gulzar's Chhapaak, a biopic on real life acid attack victim Laxmi Aggarwal. According to a Hindustan Times report, Deepika has been doing a lot of research on the subject of acid attack survivors to get a grip over her role. Read up!

Deepika Is Doing Intense Research To Prep For Chhapaak

A source told HT, "Deepika first searched websites to learn how the [acid attack] survivors were affected. She is also looking up all available material (photographs/videos) on the internet about Laxmi to thoroughly research her life. In fact, Laxmi herself has been very supportive, even sharing material on her journey that is not available anywhere else or is not yet out in the public domain. Deepika was also provided DVDs and pen drives, containing material about 10 survivors, by the makers of the project. The actor is making sure that every detail is in place."

She Feels That Chhapaak Is An Important Story To Be Told

Deepika had earlier told Pinkvilla, "It's an important story to be told. Period. I don't think it has anything to do with male or female, it's about the human spirit. It's about bravery and triumph. Hopefully, we'll be able to bring about a social change."

We Will Be Seeing A Disfigured Deepika In The Film

Director Meghna Gulzar had talked about how we will be viewing Deepika in a never before seen avatar. She had said, "You won't be seeing Deepika, you know. You will be seeing a disfigured Deepika. There is an uncanny similarity between the survivor and Deepika."

The movie is all set to go on the floors in the third week of March. "We will start the film in the third week of March 2019, and the cast is still coming together. Vikrant is somebody who I wanted to work with since Raazi. And after I saw him in A Death In The Gunj... you know there are some actors that you just want to work with - and I'm just glad I got the opportunity to have a suitable character for him in this film, which is Deepika's partner," Meghna Gulzar had said. 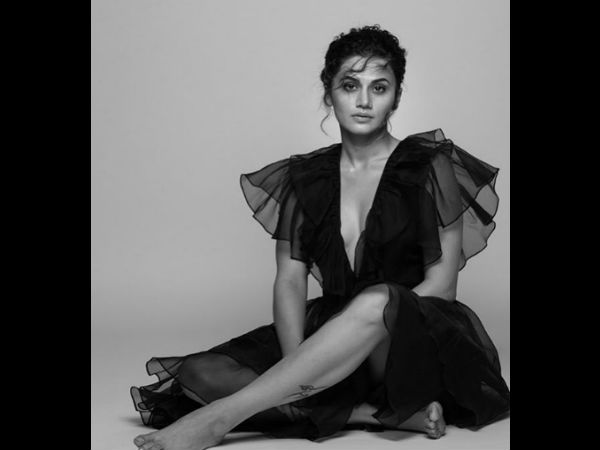 MOST READ: Taapsee Pannu Feels That Her Biggest Strength Is That She Is An Average Indian Girl