Deepika Padukone APOLOGIES to fans because of Alia Bhatt; Here's Why | FilmiBeat

The much-awaited Filmfare Awards 2019 took place over the weekend where many films won it big. While Ranbir Kapoor walked away with the coveted trophy for 'Best Actor' for Sanju, Alia Bhatt bagged the 'Best Actress Award' for Raazi. However, Deepika Padukone losing out the award to Alia didn't go down well with many of her fans who slammed Filmfare for their alleged prejudice against Deepika.

One of Deepika's fanclubs pointed out that just like Ayushmann Khurrana and Ranveer Singh, Deepika and Alia could also have shared the 'Best Actress Award'. The comment caught Deepika's attention who soon replied back and her answer left us all the more in love with her.

A fan page by the name deepika.padukone.fanpage slammed Filmfare for ignoring Deepika's performance in Padmaavat and also called out Sanjay Leela Bhansali for allegedly chopping Deepika's scenes from the film and making the film around Khilji played by Ranveer.

That's Deepika For You!

In reply to the fan's rant, the actress wrote back, "To all my Fans, I am sorry I let you all own and promise to work harder than ever before... #upwards&onwards." Her comment on the fanclub's post left everyone impressed.

Earlier, Deepika was honoured with the Best Actress Award for Padmaavat at Zee Cine Awards.

What's Next On The Work Front For Deepika?

The actress kick-started the shooting for Chhapaak yesterday and even shared her first look from the film. Deepika's transformation for this Meghna Gulzar film has already left everyone in awe.

Speaking about the uproar on social media regarding the Filmfare awards, we absolutely love how Deepika handled this situation. What do you folks think? 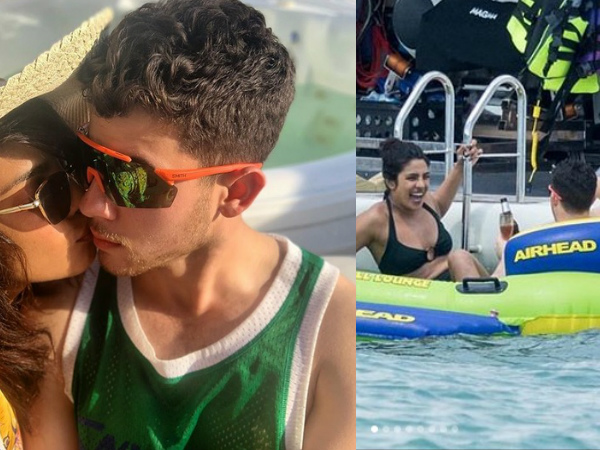 Priyanka Chopra Chills Like A Boss With Nick Jonas In Miami & We Just Can't Get Enough Of Them!