Deepika Padukone is one of the first celebrities in Bollywood who opened up about her struggle with depression. In an interview with HT in 2015, the actress had said, "In early 2014, while I was being appreciated for my work, one morning, I woke up feeling different. A day earlier, I had fainted due to exhaustion; it was all downhill from there. I felt a strange emptiness in my stomach. I thought it was stress, so I tried to distract myself by focusing on work, and surrounding myself with people, which helped for a while... When my parents visited, I would put up a brave front because they were worried about me living alone and working long hours. Then, once, while talking to my mother (Ujjala Padukone), I broke down. She realised the problem, and got in touch with a psychologist friend, Anna Chandy, to get to the root of the cause."

Later, the actress even shared details about her struggle with depression on national television. Deepika even launched her foundation 'Live Laugh Love' to help counsel people suffering from depression.

Recently in a Vogue interview, the 'Padmaavat' actress yet again spoke about the issue and even indirectly slammed Salman Khan for his comment on depression.

Deepika Calls Her Experience With Depression A Struggle

She was quoted as saying by the magazine, "The word that best describes my experience of depression is struggle. Every second was a struggle. I felt exhausted the whole time."

Did She Just Take A Dig At Salman Khan?

The actress further added, "People confuse it with being a bit sad. A male star said recently that he didn't have the luxury to be depressed. As if depression is a choice!"

Here's What Salman Had Said About Depression

For those who ain't aware, during the promotions of 'Race 3', the 'Bharat' actor was quoted as saying in an interview, "I see a lot of people going on vacations, but I cannot afford that luxury of taking a vacation. I see a lot of people getting depressed and emotional, but I can't afford that luxury of being depressed or sad or emotional because no matter what I am going through, it works against me."

The actress will be next seen in Meghna Gulzar's 'Chhapaak' where she will be essaying the role of acid-attack survivor, Laxmi Agarwal. She is also a part of Kabir Khan's '83 alongside her hubby Ranveer Singh. 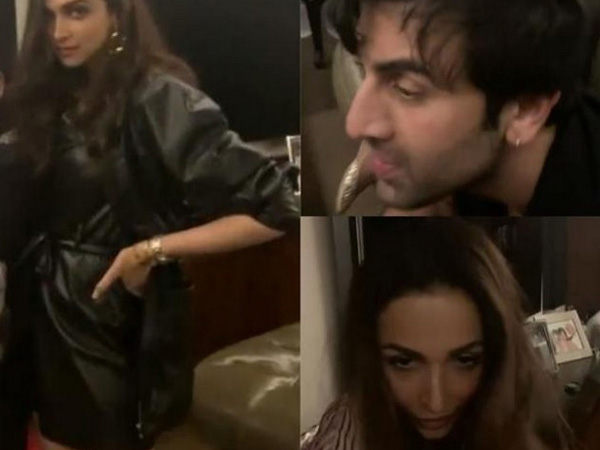