After her enticing performance in Sanjay Leela Bhansali's Padmaavat last year, Deepika Padukone left everyone awestruck with her transformation for her next, Meghana Gulzar's Chhapaak where she will be essaying the role of acid attack survivor, Laxmi Agarwal.

A few weeks ago, Deepika dropped her first look as Malti from the film and it received a thumbs up from all corners. The film also stars Vikram Massey who plays the role of her beau. Deepika and Vikrant are currently in Delhi shooting for the flick. Recently, a video of them filming a scene for the movie went viral on the internet.

Check out the video here-

Straight from the sets of #chhapaak #DeepikaPadukone shoots with #vikrantmassey on the streets in capital #newdelhi #love #favorite #movie #Bollywood #paparazzi #manavmanglani @manav.manglani

Have You Seen This Yet?

The video begins with Deepika and Vikrant riding in the streets of Delhi. After sometime they both stop at a place. Vikrant is seen going across the street while a yello kurta-white salwar clad Deepika is seen waiting for him. When he returns, they talk to each other and Deepika seems a little shocked on hearing what he says.

"When I heard this story, I was deeply moved as it's not just one of violence but of strength and courage, hope and victory. It made such an impact on me, that personally and creatively, I needed to go beyond and so the decision to turn producer," Deepika was earlier quoted as saying by Mumbai Mirror.

Meghna Gulzar On Casting Deepika In Her Film

Director Meghna Gulzar earlier revealed, "It was a moment of serendipity when I asked for a meeting with Deepika. I had many conversations with myself that she just may not be interested in doing the kind of film that I was taking to her. And she wasn't."

She further added, "She was looking to do something lighter after three intense films. But I didn't have a light, romantic script for her. My film was based on acid violence.

Of a woman who epitomized immense courage and strength, in the face of crippling adversity. It felt like a perfect fit. Deepika took on the film, the character, and me, in a heartbeat."

Vikrant Massey Opens Up About His Role

The actor plays a social activist and Laxmi's boyfriend Alok Dixit in the film. "Alok has been working with acid attack survivors for a while now and has been through the entire struggle with Laxmi. The fiIm will showcase interesting dynamics between the two," Vikrant had earlier revealed to a leading daily. 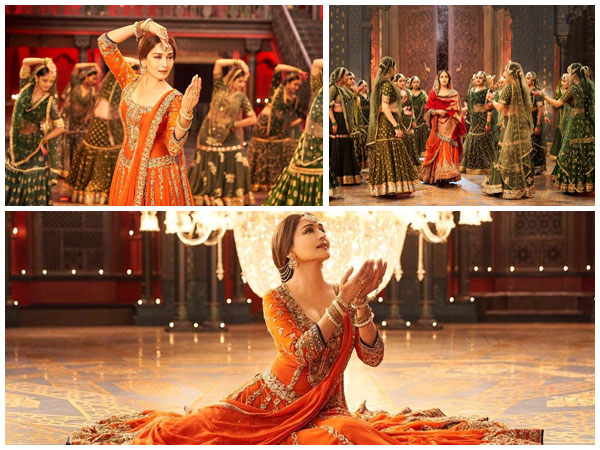