Ever since it was announced that a sequel to Karan Johar's 'Dostana' is on cards with Kartik Aaryan, Janhvi Kapoor and newbie, Lakshya, the excitement around the film just seems to be growing more and more. While the first film was directed by Tarun Mansukhani, 'Dostana 2' will be helmed by Colin D'Cunha.

Recently, Kartik, Janhvi and Lakshya visited Karan Johar's office to begin their preparation for the film. Later, director Colin D'Cunha took to his Instagram story to post a picture of the trio goofing around in between the prepping sessions.

In the snap, Kartik is seen trying to fix something on Lakshya's shirt (who is lying on his back in front of them)  while Janhvi sports a melodramatic look on her face. Buzz is that the trio will head to Punjab for the first shooting schedule, which begins by the end of October.

Speaking about the film's plot, a source earlier spilt the beans, "The film follows a similar template as the original Dostana with humour woven in the screenplay. However, the subject of homosexuality will be tackled with sensitivity."

Janhvi was earlier quoted as saying by a leading tabloid, "It's a very interesting film. I am really excited about Dostana 2 because it's a very funny script. If you talk about path-breaking films, I feel this story will be like that. I am really thrilled to work with Kartik, and I hope everyone likes it."

Interestingly, the film was earlier offered to Rajkummar Rao. However, the 'Made In China' actor couldn't be a part of the sequel due to date issues.

'Dostana 2' is slated to hit the theatrical screens in 2020. Watch out this space for more updates. 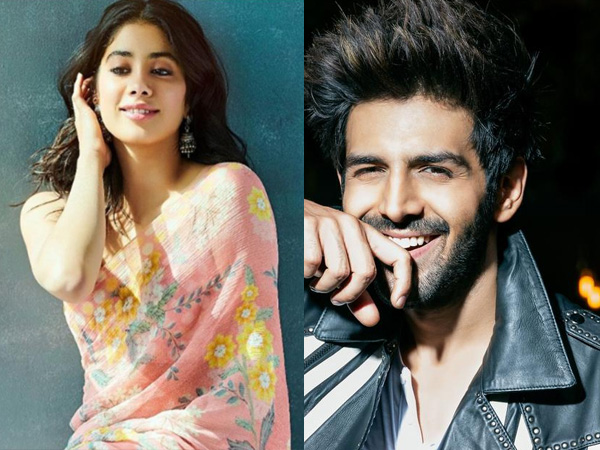