Ayushmann Khurrana's Dream Girl has been creating immense buzz ever since the film has been announced. The quirky poster showcasing Ayushmann has piqued the interest of the masses creating further anticipation to watch the film.

Recently, there has been an addition to the Dream Girl family. Manjot Singh who was last seen in Fukrey franchise is all set to play Ayushmann Khurrana's best friend in the film.

A delighted Manjot shared, "I am thrilled to work with Ayushmann and director Raaj Shaandilyaa. It is one of the funniest scripts I have read in a while and the journey has been super fun".

After the humongous success of AndhaDhun and Badhaai Ho, Ayushmann Khurrana is all set to rule the box office with Dream Girl.

Speaking about his role, the actor told Bollywood Hungama, "Dream Girl is really unique, really interesting because I get to wear a saree in the film. It's about a guy who plays Sita in Ram Leela. Traditionally, in our country we have all seen guys playing Sita, so I'm one of those. He has the unique talent of taking out voices of both male and female. It's like a full on commercial film."

Dream Girl has Ayushmann Khurrana sharing screen space with Nushrat Bharucha for the first time. Speaking about her co-star and the film, the 'Sonu Ke Titu Ki Sweety' actress was earlier quoted as saying, "Ayushmann is really good at what he does and I am really happy that a film like this has really a scope of being made today because people want to watch a different kind of stories. I am excited and happy that such kinds of stories are being made."

Produced by Ekta Kapoor under the banner of Balaji Motion Pictures, Dream Girl is helmed by debutant director Raaj Shandilyaa. 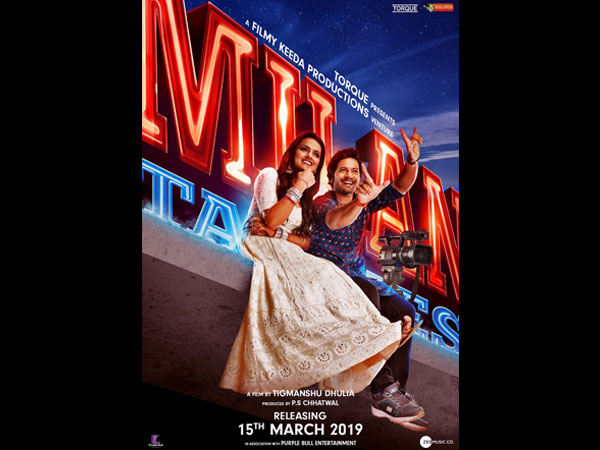