Like every daughter, Priyanka Chopra too shared a close bond with her father, late Dr. Ashok Chopra. So much so that she even got 'Daddy's Lil Girl' tattooed on her wrist. His demise was a huge blow to her.

The actress who will be next seen in Shonali Bose's 'The Sky Is Pink' recently revealed in an interview that she felt healed after shooting for the film as she was missing her late father while prepping for her wedding with Nick Jonas.

Priyanka Missed Her Father When She Got Married

While speaking with Zoom, PeeCee got emotional and said, "I was getting married during this movie and I missed my dad so much at that time."

PeeCee Recalls What Her Dad Would Constantly Tell Her

The actress shared, "I missed his presence so much knowing that my mom would be doing it all alone, when it was all that my dad wanted and would keep saying ‘Main suit kab silwaau, main suit kab silwaau'. It was very prevalent in my brain at that time and this definitely help me heal."

The 'Sky Is Pink' Actress Called It A Cathartic Change

"I don't think I knew how to deal with all the emotions I was feeling. Under the tutelage of Shonali (Bose), I was playing Aditi and understanding that death is the most natural thing that we know will happen to each one of us. Instead of mourning the person you have lost, you celebrate the life that was lived," PeeCee said in the interview.

Priyanka Felt Abandoned After Her Dad Passed Away

She confessed, "After dad passed, me, my brother and my mother decided consciously to do it, but I still had a lot of negative feelings. I felt abandoned, I was angry and there were lot of feelings that I had and didn't know what to do with them."

Speaking about 'The Sky Is Pink', the film is based on the true story of Aisha Chaudhary who became a motivational speaker at the age of 14 after being diagnosed with pulonary fibrosis. While Zaira Wasim essays the role of Aisha, Priyanka Chopra and Farhan Akhtar play her parents on the big screen. The film is slated to release on October 11, 2019. 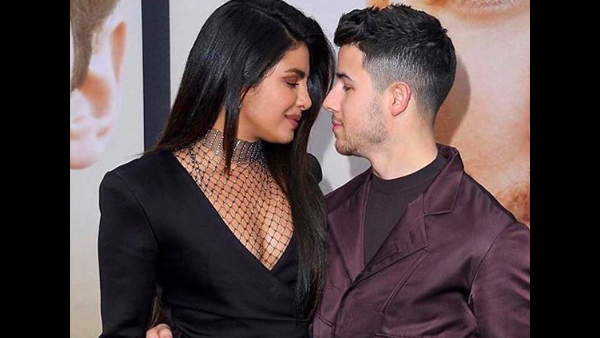 Has Priyanka Chopra Changed As A Person After Marrying Nick Jonas? Find Out Here!