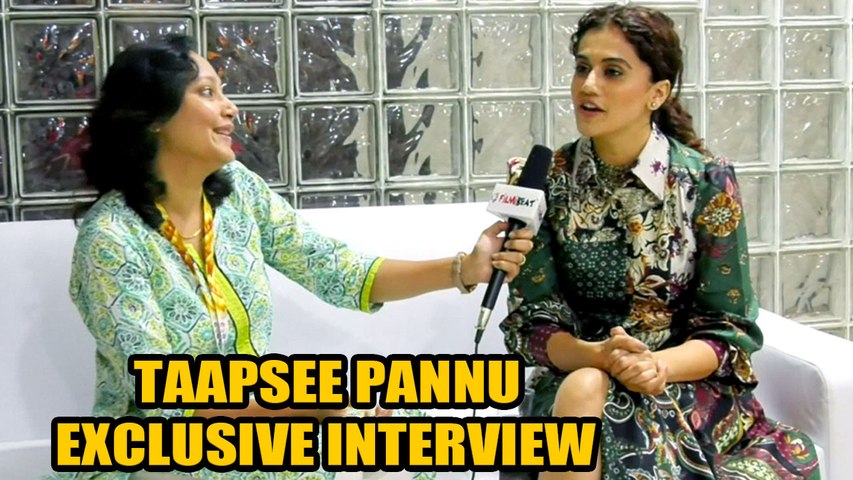 With her impressive choice of films and power-packed performances, Taapsee Pannu has carved her own space in the film industry. While most actresses shy away from speaking their mind, the 'Saand Ki Aankh' actress is one of the few leading ladies who doesn't fear and calls 'a spade a spade'. Taapsee was equally feisty at the 50th International Film Festival Of India (IFFI) 2019 in Goa, where she was invited as a guest speaker for the 'Women In Lead' conversation. She was bold and shared her life experiences with her fans.

Post the event, Filmibeat's Managing Editor Shweta Parande caught up with Taapsee Pannu for an exclusive conversation, where the actress got candid about her talk at IFFI, and taking up acting as a profession, the success of her last film 'Saand Ki Aankh', and much more. Over to Taapsee Pannu.

Filmibeat: Tell us something about the chat session which you've had at IFFI 2019.

Taapsee Pannu: It was really good. I was really nervous about it because I get nervous about going to film festivals and panel discussions. I feel the people sitting in the audience know much more about films that I do because they always wanted to be in films, have studied and been a part of them for years. I feel I am an amateur in front of them because acting was never a planned career for me. I haven't studied films so, I get very nervous talking to them, hoping that I answer their questions right and I am good enough for them to listen to. But, it went really well. So, I am happy and it's the 50th year of IIFI and that makes it even more special.

You said you were never a film school student. Were your parents apprehensive about you taking up acting?

My family allowed me to pursue acting after they saw that I wasn't compromising on my education. I scored well and got a campus placement. I was interested in studying. So, I wasn't giving up my studies mid-way for this. That is why they allowed me to act in films. When I started doing movies, I got my first opportunity relatively easy by luck, because I got a call from the South film industry to do some films. My struggle actually started after my first film to maintain and survive in the film industry. That was the struggle for me.

Apart from movies, you also have other stuff that you do. Can you tell us something about that?

The other stuff that I do is I own a wedding planning company that my sister runs for me. I own a badminton team in the premiere badminton league of the country. I own the Pune team. These are my passion that make me feel like a normal human being who can do other things than just acting. Because, you want to come back home and do something else. I don't want to waste all my energy in acting; I want to grow as a human being beyond being an actor. That's why I have all these things.

Ten years down the line, do you see yourself as an actor-director or maybe a successful woman entrepreneur? Do you have anything in mind?

I want to be known as a successful person. That's all.

Do you want to say something about last film 'Saand Ki Aankh', which was an amazing success?

I just want to say 'Thank you so much'. I have never got such warm hugs after a film. I have got warm bear hugs from elderly people who have kissed me also sometimes for doing those roles . I have got beautiful messages from people saying that their parents want to convey their regards and love for doing this film. Mothers have written to me for doing the role. It is going to be one of the special films in my career.

What are your upcoming projects?

I am coming up with 'Thappad' next. After that, I will begin work on Anurag Kashyap's next...I am also doing a Tamil film. There's 'Rashmi Rocket' as well. I will be shooting a couple of more films next year. You will hear about them soon.

Any plans of directing or producing a film?

I am not that intelligent! So, I can't direct. It's a very difficult job. It's not my cup of tea. As far as production is concerned, because I can't manage two jobs at the same time, either I can be an actor on sets or producer. If I find someone who can manage that job for me, then I might get into it. As of now, there's no such plans. 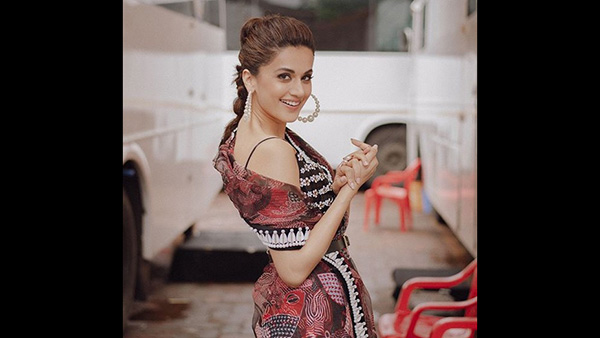 Taapsee Pannu Shuts Down A Man Who Called Her Out For Not Speaking In Hindi!