A few days back, the Punjab police registered a case against Farah Khan, Raveena Tandon and Bharti Singh for hurting religious sentiments. The Christian community of Amritsar raised objections against some of the statements made in Farah's Youtube show, Backbenchers. Farah and Raveena immediately took to their social media to apologize. Recently, the two went the extra mile and apologized to Cardinal Oswald Gracias of the Roman Catholic Church, and even got his blessings.

Farah, who is the host-director of Backbenchers, took to Twitter to share pictures of her receiving the Cardinal's blessings, and wrote, "His Eminence Cardinal Oswald Gracias met us. We apologised and asked him to forgive our mistake and he very graciously accepted our apology. He also issued a statement on our behalf to end this matter," (sic).

Blessed to get blessings from YOUR EMININCE CARDINAL OSWALD GRACIOUS.. whatever the circumstances , was fortunate to meet such a kind and pure soul. pic.twitter.com/kj6J731X7M

To Err is human.. to Forgive Divine.. Thank you YOUR EMINENCE CARDINAL OSWALD GRACIOUS for meeting us n accepting our heartfelt apologies and putting this unfortunate matter to rest. Frm all of us thank you also @allwynsaldanha for making this happen. 🙏🏻 pic.twitter.com/bkC8AIDZ2V

The Christian community was offended by the way in which Farah, Raveena and Bharti mocked the word 'Hallelujah', which is a pious word for Christians. The said video has been removed by Flipkart Video.

He added, "This evening Farah Khan and Raveena Tandon went in person to His Eminence Cardinal Oswald Gracias to tender a written and unconditional apology, which the Cardinal graciously accepted. I appeal to the Christian community in this nation who have been enraged by this whole episode to accept their apology in the true spirit of Christ." 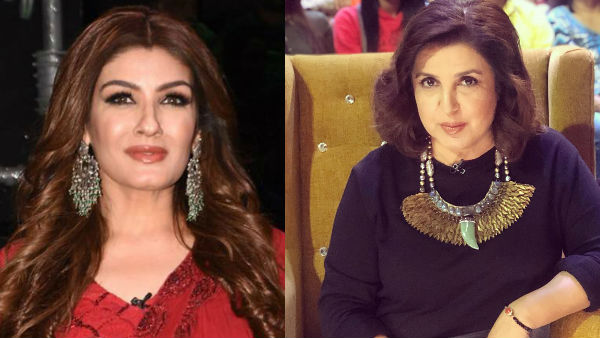