'Love is in the air' for Farhan Akhtar and Shibani Dandekar. From posting pictures of their PDA on social media to dropping mushy comments on each other's posts, the couple are painting the town red with their romance.

The lovebirds who recently made their relationship 'Insta-official', are currently holidaying in Mexico and spending some quality time with each other. Farhan and Shibani recently shared some glimpses of their romantic vacation on their Instagram page. Have a look at the pictures here-

Shibani Dandekar shared a picture where she is seen soaking in some sun with his beau Farhan Akhtar.

When asked why she never opens up about her relationship reports with Farhan, she said, "I expect people to understand from the pictures. I think a picture speaks a thousand words. When I post something, it's there for the people to see. I don't think you need to write a caption or say something; it's there in the picture(s).

Whatever is there is what you want to take and make from it... I don't think we are going out about to hide anything or announce anything. It is what it is."

'I Just Post What I Want To,' Says Shibani

"I don't feel anything about that at all. We are putting out what we put out. People are going to take it however they want to. Anything they have gathered is from social media handles anyway, so it's not something ‘uncovered' kind of.

I just post what I want to, it's as simple there's no strategy or trying to send out a message in any way..."

When Farhan Wrote A Romantic Poem For His Girlfriend 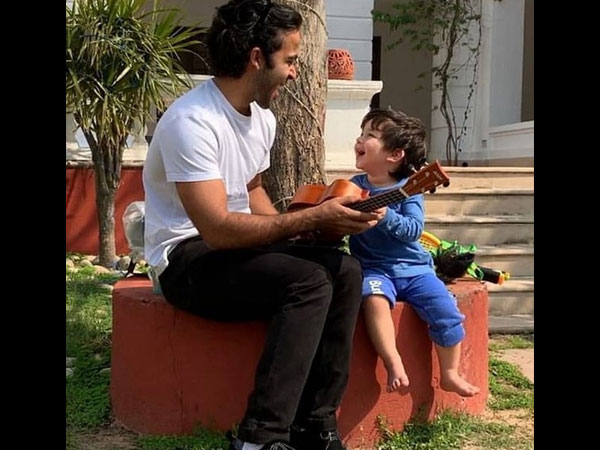 Taimur Ali Khan Soaks In Some Sun & Plays Unkulele; His Video Is The Cutest Thing On The Internet!