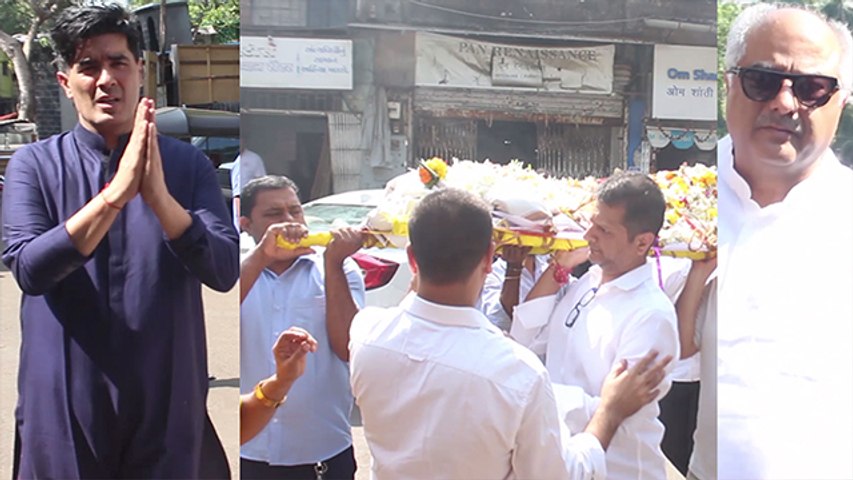 Bollywood filmmaker Karan Johar, who is a close friend of Manish Malhotra, was one of the first people from the film industry to reach the Malhotra residence to pay his condolence. Other Bollywood celebrities like Shabana Azmi and Sophie Choudry, too, dropped by to offer condolences.

We offer our heartfelt condolences to Manish Malhotra and his family.