Recently, a sequel to Akshay Kumar's blockbuster hit, 'Bhool Bhulaiyaa' was announced with Kartik Aaryan and Kiara Advani playing the lead roles. While the first film was directed by Priyadarshan, 'Bhool Bhulaiyaa 2' will be helmed by Anees Bazmi.

Today, the much-awaited horror comedy hit the shooting floors. Kartik Aaryan took to his Instagram page to share a picture from the film's sets. He captioned it as, "शुभारंभ! #BhoolBhulaiyaa2 🙏🏻 💀🔥 @kiaraaliaadvani 🤫🎬 @aneesbazmee @bhushankumar @muradkhetani." (sic)

Have a look at the picture here.

In the photo shared by Kartik, his co-star Kiara is seen holding the clapboard of the mahurat shot. Meanwhile, Kartik who is wearing a hoodie, is standing behind her sporting an intense look.

Earlier in an official statement during the announcement of the film, Kartik shared, "Bhool Bhulaiyaa has been one of my favourite horror comedies. Being part of Bhool Bhulaiyaa 2 makes me happy, especially because I've been a big fan of Akshay Kumar sir. It's a big responsibility to take his franchise forward."

When Kiara Advani came on board as the leading lady, she said, "'Bhool Bhulaiyaa' was the first-ever horror film that I watched. Being a huge fan of the first one, It's super exciting to get the opportunity to be a part of the franchise. Its my first time being directed by Anees sir and I'm looking forward to the experience."

'Bhool Bhulaiyaa 2' has Kartik and Kiara sharing screen space for the first time. The horror comedy is slated to hit the theatrical screens on July 31, 2020. 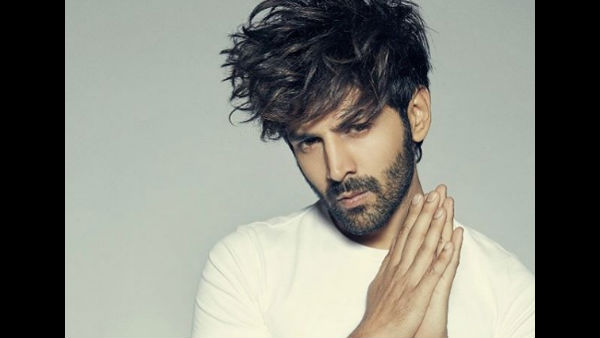 Kartik Aaryan Gets Candid: If Not For This Career, I Don't Know What I Would Have Done