Good Newwz, the upcoming comedy entertainer which features Akshay Kumar, Kareena Kapoor Khan, Diljit Dosanjh, and Kiara Advani in the lead roles, is all set to hit the theatres very soon. Recently, the lead cast of Good Newwz welcomed Christmas together by having an intimate celebration.

Diljit Dosanjh shared a lovely picture with his fellow cast members, which was clicked during the celebration through his official Instagram page and wished the fans. Interestingly, the lead cast of Good Newwz is sported in Christmas themed outfits in the picture. While Akshay Kumar and Kareena Kapoor twinned in red outfits, Diljit Dosanjh and Kiara Advani opted for white costumes.

The audiences are going gaga over the cute picture, which has already taken the social media by storm. Good Newwz, which revolves around two couples whose lives get intertwined after a series of hilarious incidents happen in an IVF clinic. The movie has already garnered the attention of audiences with interesting trailer and songs, which have gone viral on social media.

Akshay Kumar and Kareena Kapoor Khan appear in the roles of Varun and Deepti Batra, while Diljit Dosanjh and Kiara Advani essay the roles of Honey and Monica Batra. Good Newwz marks the directorial debut of Raj Mehta, who worked as an assistant director in several popular films including Kapoor & Sons and Humpty Sharma Ki Dulhaniya.

Good Newwz is scripted by director Raj Mehta himself, along with Jyoti Kapoor and Rishabh Sharma. Vishnu Rao has handled the cinematography and Manish More handles the editing. The songs are composed by Tanishk Bagchi, Rochak Kohli, Lauv, Lijo George-DJ Chetas, and Badshah. The movie, which is jointly produced by Dharma Productions, Zee Studios, and Cape Of Good Films, will hit the theatres on December 27, 2019. 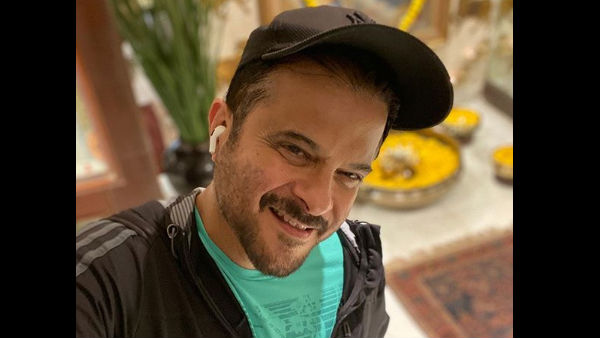 Anil Kapoor On Being 63: Salman Khan And I Used To Joke About Overstating Our Age To Look Young