A few days ago, Govinda left everyone shell-shocked when he claimed that he was offered James Cameron's iconic film, 'Avatar', but he rejected it because he had to use body paint for his role. Soon, the social media was filled with funny memes and trolls on the actor's shocking revelations.

In his latest interview with Bombay Times, the actor lashed out at the jokes and funny memes made at his expense and said that people may choose to believe or not believe him.

Speaking with the leading daily, the actor said, "I am fine with people wondering how someone like Govinda could refuse a James Cameron film. I can understand where they are coming from. I respect that thought. They are entitled to have that opinion, but to say how come Govinda got that offer in the first place, is wrong. It's not like meri aukad nahi hai. It's prejudiced behaviour. Chai wala aagey kaise badh sakta hain? TV actors films mein kaise aa sakte hain? This is that same elitist, superiority complex. Yeh galat hai. Aapko vishwas nahi karna hai toh mat kijiye, but don't say things like this."

James Cameron Must Have Seen My Films: Govinda On How The Film Offer Came To Him

"I was a superstar then. He must have seen my films, but I am not too sure about that. There was a sardarji, who knew me well, and belonged to the medical world. He was my senior, and Dev sahab's (Dev Anand) friend. He was also one of the financers of the film (Avatar). James Cameron and he met me in London, where I was narrated the story of Avatar. In a way, while I was talking to him, I suggested the title to him. Mere muh se woh shabd (Avatar) nikal gaya aur unhone pakad liya."

We Don't Know How To React To This!

He further added, "However, I refused the film. The sardarji even complained to Dev sahab that I had refused this big Hollywood film despite the massive money that I was offered for it. Dev sahab even called me and asked about it."

Govinda Reveals The Reason Why He Rejected 'Avatar'

"When I heard the subject, I thought I won't be able to match up to the physicality required to essay that character, that needed to be covered in body paint for over 400 days (Australian actor Sam Worthington played the role of Jake Sully, a disabled former Marine in Avatar, the part which was offered to Govinda). Iraada accha tha, but uss process ko sehne ki kshamata mujh mein nahi thi."

"How is that no one wondered why Govinda was asked this question on that show? I did not tell the anchor (of the television show) about it before the show at all. He must have heard about it from someone. In fact, I was shocked when I was asked about it. I couldn't have avoided the question, so I gave an answer, and whatever I said, is the truth. Jo sach hai, woh bola. Maybe people thought yeh uss layak nahi hai. Gadar: Ek Prem Katha, Taal, Devdas, Nayak, Chandni and Slumdog Millionaire... I have declined all these films, too. Why just Avatar, kya baaki films achhe filmmakers ne nahi banayi? All these films turned out to be huge hits." 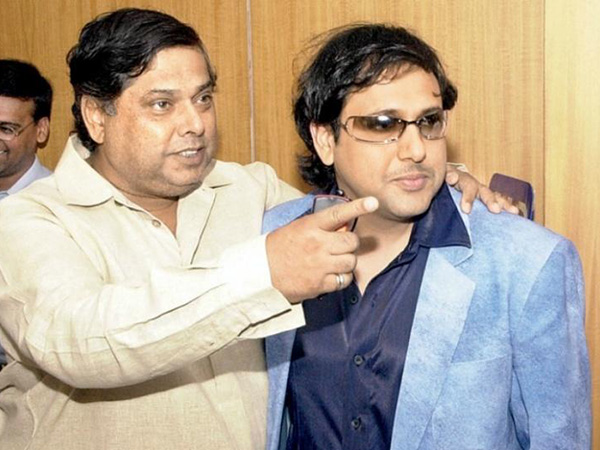 Govinda SLAMS David Dhawan; Reveals Why He Decided Never To Work With Him Again!