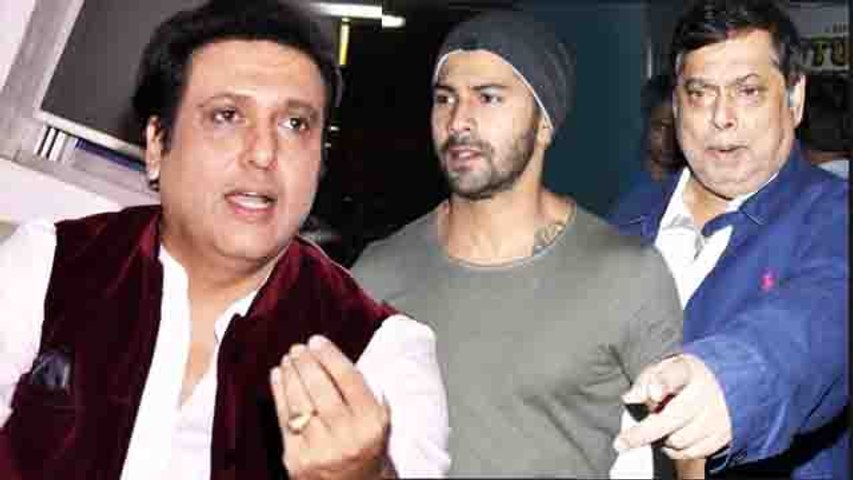 Way back in the 90s, Govinda and David Dhawan were a blockbuster actor-director duo who churned out hit films one after the other like 'Coolie No 1', 'Hero No 1', 'Raja Babu' and 'Bade Miyan Chote Miyan'. Unfortunately, they soon parted ways on a sour note and never worked again with each other after Partner (2007).

Recently when Govinda appeared on Rajat Sharma's 'Aap Ki Adalat', the actor opened up about his ugly spat with the filmmaker for the first time and revealed how things soured between them after an incident.

Govinda spoke about the time when he had approached Dhawan for an acting offer. The actor revealed, "After I left politics, I told my secretary to keep the phone speaker on, so that I could listen what he (David Dhawan) was saying. I heard David saying, Chi-Chi (Govinda's nickname) is questioning a lot. He was telling my secretary, I do not want to work with Govinda anymore. Tell him to do some small bit roles. This shocked me and I decided never to work with him."

"After 4-5 months, I again rang him up just to find out if he would give me a guest appearance in his film. He then never rang me back. I am revealing this in public after so many years. I think he is under somebody's influence. I do not think he is that same David Dhawan whom I used to know."

Govinda Lashes Out At David Dhawan

"I do not think his son will ever do 17 films with him, because he is, after all, David Dhawan's son. He is educated. I never realized the meaning of doing 17 films with a director. It was Sanjay Dutt who told me to give work to a fellow Punjabi (David Dhawan). I used to give work to fellow Punjabis at that time. I liked David and did many hit films with him. I did not even treat my relatives so well as I treated him. Even with my brother, who is a director, I did not do 17 films."

"When I asked David to make the 18th film with me, he took my subject and titled it ‘Chashme Baddoor' and cast Rishi Kapoor in it. Then I asked him to put me as a guest appearance. He didn't do that too. After that, I didn't meet him for some years. I kept requesting him to take at least one shot with me so that it could be my 18th film with him. But I don't know what he had in his mind," the actor was quoted as saying in a Mid-day interview.