Kriti Sanon made a smashing debut in Bollywood with Sabbir Khan's 'Heropanti' opposite Tiger Shroff. After starring in films like 'Dilwale', 'Raabta', it was Ashwiny Iyer's 'Bareilly Ki Barfi' which turned out to be a major game-changer for her. Her portrayal of a fiesty, small-town girl Bitti won her rave reviews. Her next film, 'Lukka Chhupi' too struck gold and soon, the actress will be seen doing her first solo lead film, Rahul Dholakia's next.

The actress who celebrates her 29th birthday today, recently opened up about how she's planning to ring in her special day. Read all the details here.

When quizzed about her birthday plans, Kriti said that for her, the best gift is that people are flocking to the theatres to watch her latest film 'Arjun Patiala' which released on Friday.

"Last year, I threw my first filmibash on my birthday, but that was an exception. Dinesh Vijan's (producer-director) birthday is a day before mine, so we celebrated it together. But, I am more of a pyjama party person. I like to chill at home with close friends and family, rather than go clubbing," the actress told the daily.

Her Friends Are Planning A Surprise Party

Kriti further revealed, "I have told my family to not do anything, but I am aware that my sister (Nupur) and friends are planning some surprise for me, I think it's a get-together."

The 'Arjun Patiala' actress will be next seen in Arjun Kapoor starrer 'Panipat' and Rahul Dholakia's untitled thriller.

Speaking about the latter, the actress earlier said, "I have been waiting for the right female-driven thriller to come my way and this film ticked all the boxes and has all the elements of a commercial film. It's an entertainer that has a powerful core idea and will connect with the audiences without being preachy about the subject." 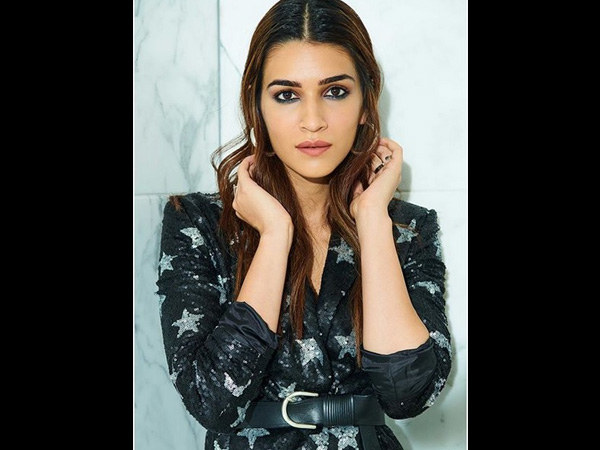