Tiger Shroff has always expressed his admiration for Hrithik Roshan and now, the young lad is all set to share screen space with his idol in Siddharth Anand's 'War' where they are pitted against each other. A few days ago, the makers dropped the first teaser and the netizens were mighty impressed to watch the duo.

In a recent interview, Hrithik was all praises for his 'War' co-star and here's what he had to say.

Hrithik Had A Blast Working With Tiger

Showering Tiger with praises, the 'Super 30' actor said, "I have had a blast shooting for this film with Tiger."

Tiger, Are You Listening To This?

He further added, "Anything that I say about him will be less. My words won't do justice to the kind of talent he possesses."

According to a latest report, Hrithik and Tiger shot for a high-octane action sequence at the highest Portuguese peak and given that 'War' is an out-and-out action film, we just can't wait to watch how it's been translated on the big screen.

'War' Will Keep You On The Edge Of Your Seats

Spilling details about it, director Siddharth Anand was quoted as saying by DNA, "War is an adrenaline-pumping film that will keep you on the edge of your seats with its action sequences. As our title suggests, Hrithik and Tiger wage a war against each other and they are constant, massive showdowns between the two. For one big action chase sequence, they had to drive superbikes at a high speed on top of the highest mountain range in Portugal called Serra da Estrela," further adding, "It's a visually stunning sequence at par with all big action films of Hollywood. Hrithik and Tiger took all necessary training to ride these super-fast bikes and pulled off the sequence with élan."

"Hrithik sir and I are almost done with filming and it's a pleasure to work with him. Every day is a challenge with Hrithik sir as he is so perfect in every shot he gives. The attention to detail is amazing. He questions everything in a scene, then you start feeling incomplete about yourself. Why am I not questioning, why is my process different, how come he is pointing out so many things. I guess that's his way of working, and at the end of the day the end result looks amazing whatever he does," the actor was recently quoted as saying in an interview. 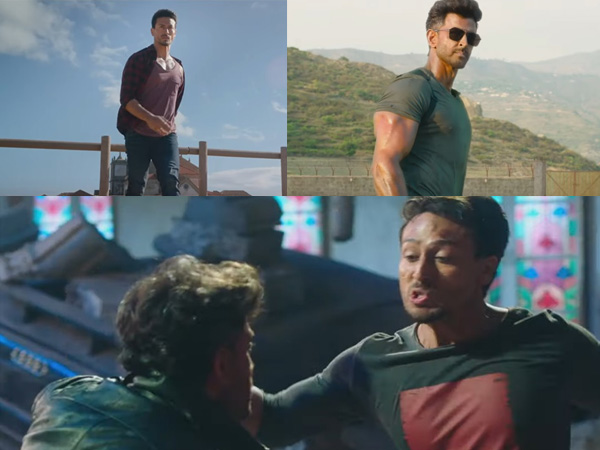 War Teaser: It's Hrithik Roshan vs Tiger Shroff In This Slick Action Film!