Hrithik Roshan made a smashing entry in Bollywood with his dad Rakesh Roshan's directorial, 'Kaho Naa...Pyaar Hai'. The film was one of the biggest blockbusters of the year 2000 and earned the actor many awards and accolades. Hrithik turned an overnight sensation with millions of fans swooning over him. With his handsome looks and impeccable dancing skills, he made the ladies go weak in their knees.

Recently when Hrithik made an appearance on The Kapil Sharma Show, the actor was in the mood to spill some beans about his debut film.

On the show, the 'War' actor sheepishly admitted that he had received over 30,000 marriage proposals after the release of his debut film, 'Kaho Naa...Pyaar Hai'.

Hrithik got married to Sussanne Khan on December 20, 2000. Unfortunately, their marriage didn't last, and the couple parted ways in December 2013. Their divorce was finalised in November 2014. Hrithik and Sussanne are parents to Hrehaan and Hridaan.

Meanwhile, 'Kaho Naa...Pyaar Hai' was recently awarded at the IIFA Awards 2019 as the 'Best Film of the past 20 years'.

In a recent interview with Pinkvilla when the 'Super 30' actor was asked if this cult film could be remade, the actor said, "Why would anyone want to remake 'Kaho Naa Pyaar Hai'?" Further, when prodded whom he would like to cast in the film, the actor added, "I think newcomers should only be cast in the remake as two newcomers were launched with it earlier, in case ever made."

Hrithik will be next seen in Siddharth Anand's much-awaited film, 'War' where he will be sharing screen space with Tiger Shroff for the first time. Vaani Kapoor plays his love interest in the film. The film will be releasing in Hindi, Tamil and Telugu on October 2, 2019. 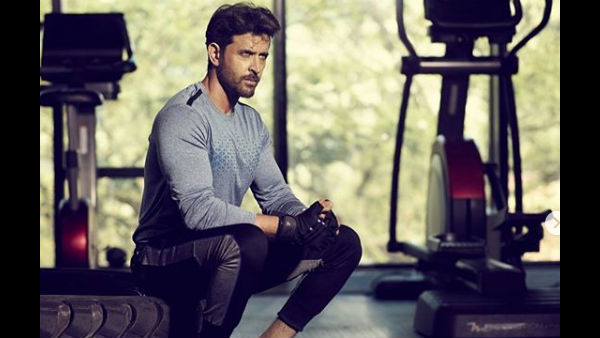