Hrithik Roshan and Tiger Shroff, two of the biggest action superstars of Indian cinema, are locked in a massive showdown in YRF's big-budget action extravaganza, 'War'. And it seems like the team took over the most famous Bondi Beach in Australia for a crucial shooting schedule!

Director Siddharth Anand has left no stone unturned to make War the most awaited film of this year and, Hrithik and Tiger will be seen mercilessly fighting each other in seven different countries and 15 world cities!

The filmmaker said in an official statement, "War is one of the most visually stunning films of our times and we have shot Hrithik and Tiger chasing and hunting against each other in seven different countries!"

He further added, "We had to travel to Australia to shoot one of the key moments in the film. Australia is one of the most beautiful countries in the world and Bondi Beach is the most picturesque beach that I have ever come across in my life. Since the scene needed to be visually striking, we locked on Bondi Beach for the film. The scene is a big moment in the film and we won't be able to disclose much about it currently."

Touted as the biggest action entertainer of the year, War is set to be a spectacle for quintessential action cinema lovers who like to watch big scale, edge-of-the-seat entertainers. Hrithik and Tiger have taken monumental risks and pushed their bodies to perform death-defying stunts to make the film a visual extravaganza.

The high-octane film that also stars Vaani Kapoor opposite Hrithik Roshan is set to release in Hindi, Tamil and Telugu on the big National Holiday of Gandhi Jayanti, October 2. 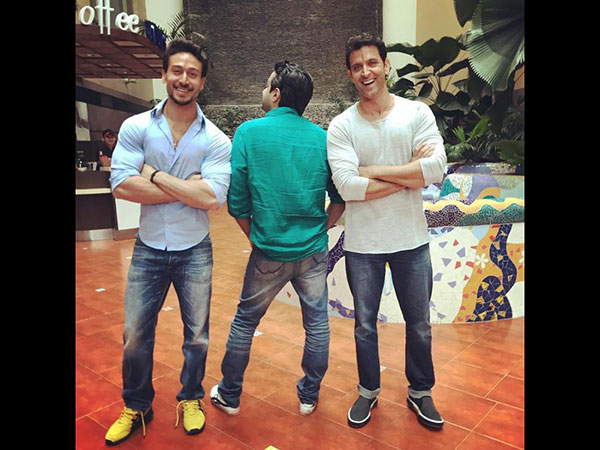