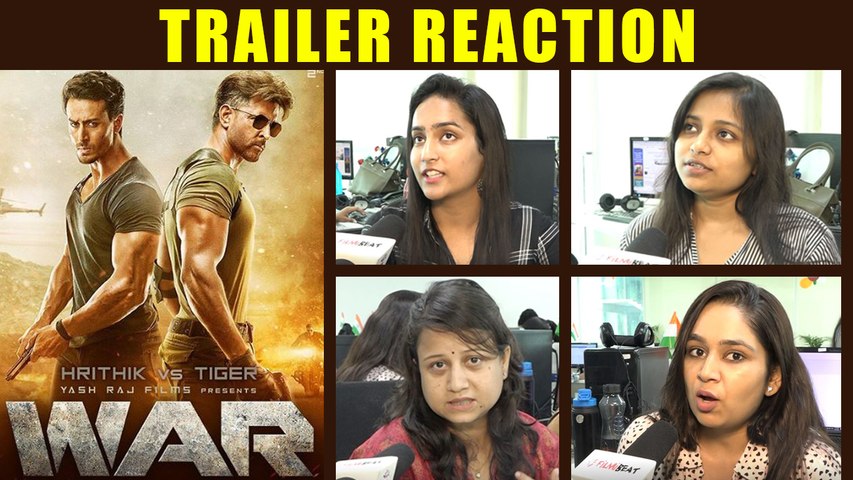 The trailer of upcoming action tent pole, War featuring Hrithik Roshan and Tiger Shroff, was released by the makers today and fans are all elated to see Hrithik-Tiger's rugged avatars. Directed by Siddharth Anand, the Yash Raj Films project also features Vaani Kapoor as the female lead. The film is slated to hit the theatres on October 2, 2019, and here's what netizens have to say after watching the action-packed trailer...

"#WarTrailer Review- Awesome trailer starrer @iHrithik and @iTIGERSHROFFit offers content too and lot of 👊 actions which surprise you and this movie get Bollywood to next level #HrithikvsTiger Element is superb and @Vaaniofficial looks stunning 😈Rating- 5/5*."

"#WarTrailer #WarTrailer @iHrithik at his best. @iTIGERSHROFF good in action , bt his expression says it all you can't expect acting from him. All in one it's going to be awesome war. The script and screen play looks promishing.5/5 to trailer . 👍👍👍👍👍Ticket book kra lo sb."

"War 🔥 is coming to create such records that Never made before.. Rip Bo in advance #HrithikvsTiger #WarTrailer."

On a related note, recently, Siddharth Anand had revealed why the team had decided to ditch the trailer launch event for War. In an official statement, he had said, "An event for a film like this needs to be at par with what we are promising to audiences and it's impossible to create this spectacle from an event logistics point of view."

"So, we have decided to scrap the idea of the launch and want to leave audiences with only the visuals of the trailer. We are very excited about the trailer. It's a big asset and we are hoping audiences will love what they see."