After playing Patna based mathematician Anand Kumar in Vikas Bahl's 'Super 30' which turned out to be a box-office success, Hrithik Roshan will be seen in an action-packed avatar in Siddharth Anand's 'War' where he is pitted against Tiger Shroff. Meanwhile, the actor has been receiving a great response and wide appreciation for his transformation from Anand Kumar to War's Kabir.

However the transformation wasn't easy for Hrithik. The actor had only two months left for his transformation and to achieve this goal of getting into the character of Kabir from Anand, he was driven and highly motivated as the process in itself of transformation was challenging.

However, Hrithik with his tenacity got into the shape of Kabir who has a muscular and chiselled body which is far different from Anand Kumar- who is a middle aged Maths teacher.

Hrithik shared, "If I don't have the challenge and motivation to do something then I wont do anything and I'll just sit and relax".

Earlier in an interview with Pinkvilla, the actor shared, "The biggest war of life has clearly been the completing the film 'War'. After 'Super 30', the fat content of my body was too much. My body had become lazy and I was given only 2 months to get in shape and it wasn't enough. I started this film on a bit of a backfoot because my body was not ready."

Hrithik's performance in 'Super 30' stole the hearts of the fans around the world where he imbibed the essence of Anand Kumar's character. In fact, even Anand himself expressed his astonishment towards it, watching him in the movie.

Fans are not only loving Hrithik's transformation in 'War' but also his hook step of the recently released song 'Ghungroo' where the actor has treated the fans with yet another iconic dance step.

After delivering a massive hit with his most recent 'Super 30', Hrithik Roshan recently topped the Top 5 Most Handsome Men in the World in August 2019. The actor will now be seen next in the upcoming action-thriller, 'War' with Tiger Shroff and Vaani Kapoor. The film is all set to release on 2nd October 2019. 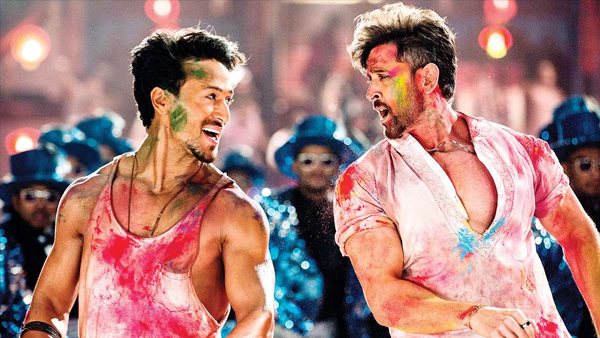 Hrithik Roshan-Tiger Shroff Won't Promote War Together; The Reason Will Leave You Surprised!