After taking a break because of his health issue, Irrfan Khan is back on the sets and is currently shooting for the much-awaited sequel to Hindi Medium titled Angrezi Medium. The movie is being filmed in Udaipur and we have been bringing you pictures from the sets as and when we lay our hands on them.

We recently came across two new pictures from the sets of the film which has Irrfan at his happy best having some great time. Check them out right away here.

In the first picture, Irrfan Khan, Radhika Madan and the crew of Angrezi Medium are seen posing for a quick picture.

In yet another picture, Irrfan is seen enjoying the game of cricket. Director Homi Adajania shared this click on his Instagram story and captioned it as, "Can we shoot please?" with rolling eyes and laughing emoji.

Angrezi Medium Is Irrfan's First Film After His Neurodrocrine Tumour

Before kick-starting the shooting for the film, the actor penned a heartwarming note for his fans, "Maybe somewhere in the pursuit of winning we forget how much it means to be loved... In our vulnerability we are reminded... I want to pause to be grateful for receiving your immense love and support... I travel back to you, thanking you from the bottom of my heart."

Producer Dinesh Vijan recently revealed in an interview, "We wanted to introduce her character (with Angrezi Medium) who would be taken forward in the franchises to come and she's perfect for it. Here, she plays a cop, a role she has actually never done before! We will be shooting in London this June and it will be great to be back on set with her."

"It's going to be quite a surreal experience. It's not a romantic pairing. It's a small but interesting part and also I think that I just wanted to get out of my comfort zone and do a movie that would throw me into a different milieu and I'd see how it goes.

Whether it's Homi or it's Irrfan and Deepak, I think it's all a different world for me to be a part of so that's going to be interesting."

Angrezi Medium has Irrfan Khan playing the role of a mithaiwala named Mr Champakji. Radhika Madan essays the role of his daughter. 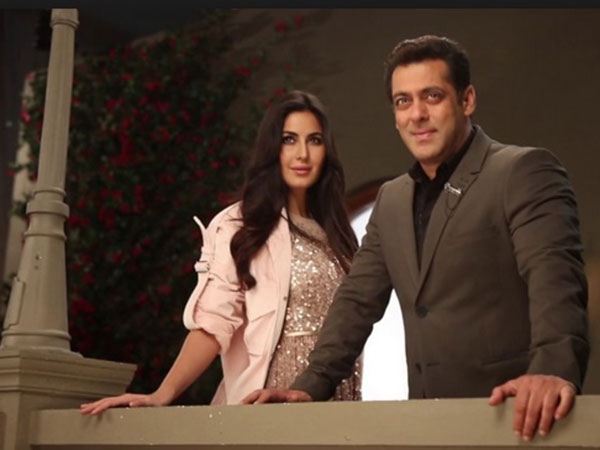 Katrina Kaif OPENS UP About How Her Equation With Salman Khan Has Changed Over The Years!