Ever since the trailer of Arjun Kapoor-Kriti Sanon starrer 'Panipat' hit the internet, fans can't stop comparing the film with Sanjay Leela Bhansali's 'Bajirao Mastani'. There are many memes doing rounds on social media where Arjun Kapoor has been compared with Ranveer Singh and Kriti Sanon with Priyanka Chopra.

Recently, while speaking with Mid-Day, the 'Bareilly Ki Barfi' actress reacted to these comparisons and also opened up about her recent meeting with 'Kashibai' Priyanka Chopra.

The Actress Was Expecting Comparisons Between The Films

"I was expecting comparisons when I signed the film. Padmaavat too was compared to Baahubali. The period of Panipat and Bajirao is similar," Kriti was quoted as saying by the tabloid.

She further added, "The setting is similar because the Peshwas lived in Shaniwar Wada, and they dressed in a certain way. But the characters are different. I hope the audience doesn't [jump to] conclusions by watching only the trailer."

Speaking about it, Kriti said, "Priyanka had seen my video where I was dancing on Coca Cola [Luka Chuppi song] in my vanity van, dressed as Parvatibai. It resonated with her. She said, ‘It reminded me of myself because whenever I would be off the set, I was no longer Kashibai. I would slip into my character again when I was on the set.' We had a fun, informal conversation."

The historical film helmed by Ashutosh Gowariker, is based on the 'Third Battle of Panipat'. The magnum opus has an ensemble cast which includes Arjun Kapoor, Kriti Sanon, Sanjay Dutt, Mohnish Bahl, Padmini Kolhapure and a cameo by Zeenat Aman. The film is slated to release on December 6, 2019. 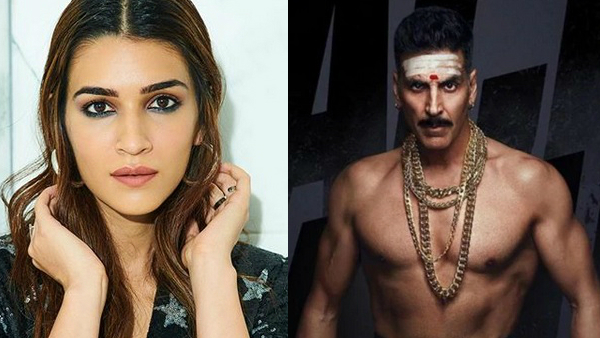 IT'S OFFICIAL: Kriti Sanon To Reunite With Akshay Kumar For 'Bachchan Pandey'