Janhvi Kapoor is all set to star in her first horror film in Ghost Stories. The film is a four part anthology directed by Zoya Akhtar, Anurag Kashyap, Dibakar Banerjee and Karan Johar. For Janhvi, her biggest take away from the film is that she got to work with Zoya, and the thing that irritated her the most was having to wear bangs for her character.

Talking to Indian Express, Janhvi said, "I didn't take it as two different sides but yes, purely out of comfort, playing the nurse was easier. It was really hot and sweaty. After a point, it got irritating to wear those bangs. It was although really cool to see myself in that look, as I haven't done something like this before. Zoya was also very clear about the kind of aesthetic she wanted, and that helped me get a lot more clarity for the character."

She added, "It was really interesting to be a part of the film. However, the biggest takeaway for me was that I was getting to work with Zoya. All my energies and focus was towards that. It is a new space and genre for me."

Janhvi will be playing a nurse in Zoya Akhtar's part in the film, which also stars Vijay Verma and Surekha Sikri. She said that initially it was difficult to handle syringes because she ended up jabbing it. She was helped by a nurse on the set, and by the time she learnt it, the nurse was very impressed and said that Janhvi would make a great nurse.

Earlier, Janhvi had said that the human and emotional aspect of Ghost Stories' script resonated with her more than the horror aspect. Ghost Stories is a Netflix original, which will hit the platform on January 1, 2020. 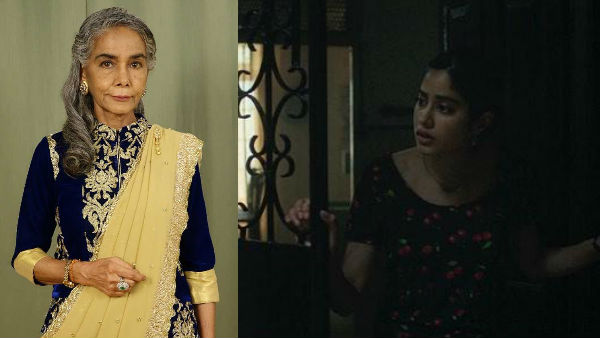