John Abraham has had a stable career in Bollywood so far. The success of his most recent films has proved that he is indeed a 'bankable' actor, as trade analysts like to call him. However, John is motivated by films with 'solid content' over ones with commercial success formula. John particularly dislikes following trends, and made it clear that he will not be part of the 'South Indian movie gets Bollywood remake' trend after the success of Kabir Singh.

Talking about the South Indian movie trend which has started due to Kabir Singh's success, John said, "After Kabir Singh's success, I am sure there will be whole lot of flights that will go towards south India (laughs). But I don't think I'd follow that trend. I would rather do something different. In fact, the minute people ask me, 'why are you doing this [different] film?' I know in my mind that I am going to do it."

In an interview with Hindustan Times, John explained what he thinks of the word 'bankable'. "To me, being bankable is all about cutting the cloth according to its length, so that it [a film] can work for everyone," he said.

John is very passionate about his production company but he said that he doesn't yet "have the luxury of extremely big budgets. So, I focus on creating very strong content. And when I create that kind of content, no amount of money can match the guts that I have. You know, my ideas are usually bigger than my budgets (laughs)."

John was last seen in Batla House, a movie about the Batla House encounter in 2008. Although it clashed with Akshay Kumar's Mission Mangal, Batla House held its own ground at the box office. John is currently shooting for Pagalpanti, a multi-starrer comedy being directed by Anees Bazmee. It is scheduled for release in November 2019. 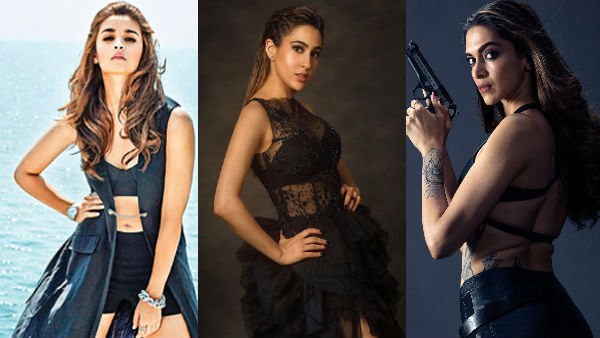 MOST READ: Alia Bhatt Is On Board With 'War' Remake Idea With Deepika Padukone & Sara Ali Khan!