Tamilrockers has done it again! Kangana Ranaut-Rajkummar Rao's quirky murder-mystery 'Judgementall Hai Kya' which released on Friday (July 26, 2019), has been leaked online by the piracy website. Now, this might affect the business on the film.

Directed by Prakash Kovelamudi, the film revolves around Bobby (Kangana Ranaut) and Keshav (Rajkummar Rao) who are pitted against each other after both of them end up as suspects in a murder.

Meanwhile, here's what the netizens have to say about the film.

"I saw #JudgementallHaiKya in US. Brilliant movie, briliant performances, gripping plot. #KanganaRanaut has delivered an outstanding performance, she has played a very complex character with ease and conviction. #RajkummarRao has also delivered a stellar performance. Must watch!"

"#JudgementallHaiKya is outstanding. Never thought Bollywood will make a movie like that. It's not for everybody but I hope it makes some money so we can get more such great films. Kangana gave her best performance. Treat for film lovers. It will become a cult classic."

"#KanganaRanaut is amazing, I do not think anyone else could have pulled this off! She is impeccable in every beat! @Rangoli_A @RajkummarRao is there anything you cannot do? You are flawless. #JudgementallHaiKya #JudgementallHaiKyaReview."

#JudgementallHaiKya I went to see after seeing the ratings which are all above 3*. Unbelievable. I slept in second half. Please avoid." 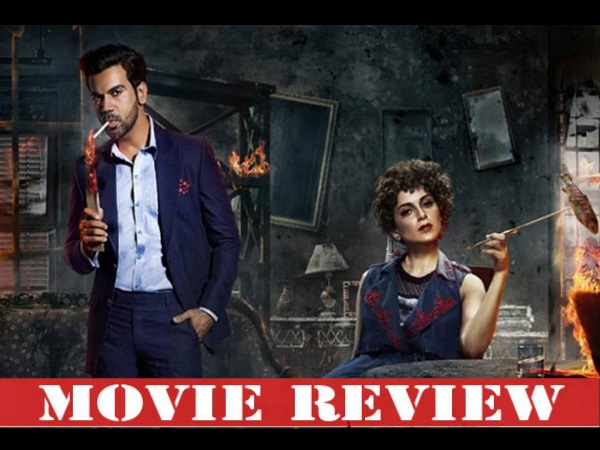