Siddharth P. Malhotra's 2010 film We Are A Family starring Kajol, Kareena Kapoor Khan and Arjun Rampal, was a remake of Julia Robert's Stepmom. The film received rave reviews from the critics especially for Kajol's heartfelt performance as a mother diagnosed with cancer. While the film enjoys its own fandom, it failed to impress Kajol's daughter Nysa.

Recently on Kareena Kapoor Khan's radio show, What Women Want, the Tanhaji actress revealed that Nysa absolutely hated the film and was traumatized by it.

When Bebo asked Kajol about the one film of hers that her children hated, the actress, "They hated We Are Family. I have to tell you that, it's really sad. They hated it because I get really sick and I die in the end."

She added, "My daughter has come out and she's like, 'I can't believe that you made me go through this film. I can't believe you took me for this film.' My son was too young. But she has howled throughout the film. She was traumatized."

Further on being asked to name a film of dad Ajay Devgn which the kids hated, Kajol replied, "I think they have loved all his films and I don't think they have hated anything."

Currently, Kajol is busy with the promotions of her upcoming film, Tanhaji: The Unsung Warrior where she reunites with her hubby Ajay Devgn on the big screen after a decade.

When Ajay was asked to comment on it at the trailer launch of the film, the actor said, "I don't know what the feeling is, because I felt that we are at home and not on a film set. We behaved with each other in front of everybody the way we behave at home. So, I won't be able to differentiate." 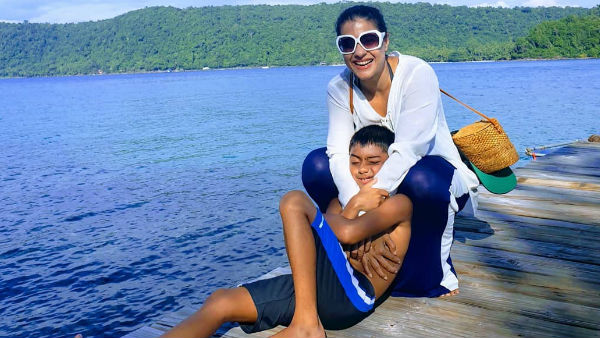 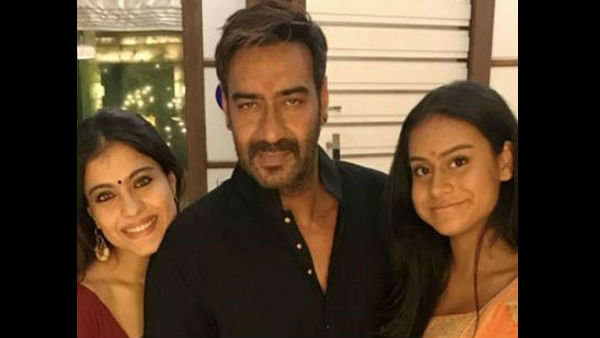 Kajol Says Nysa Would Rather Talk To Her About Boys: 'Ajay Devgn Will Be Standing With A Shotgun'